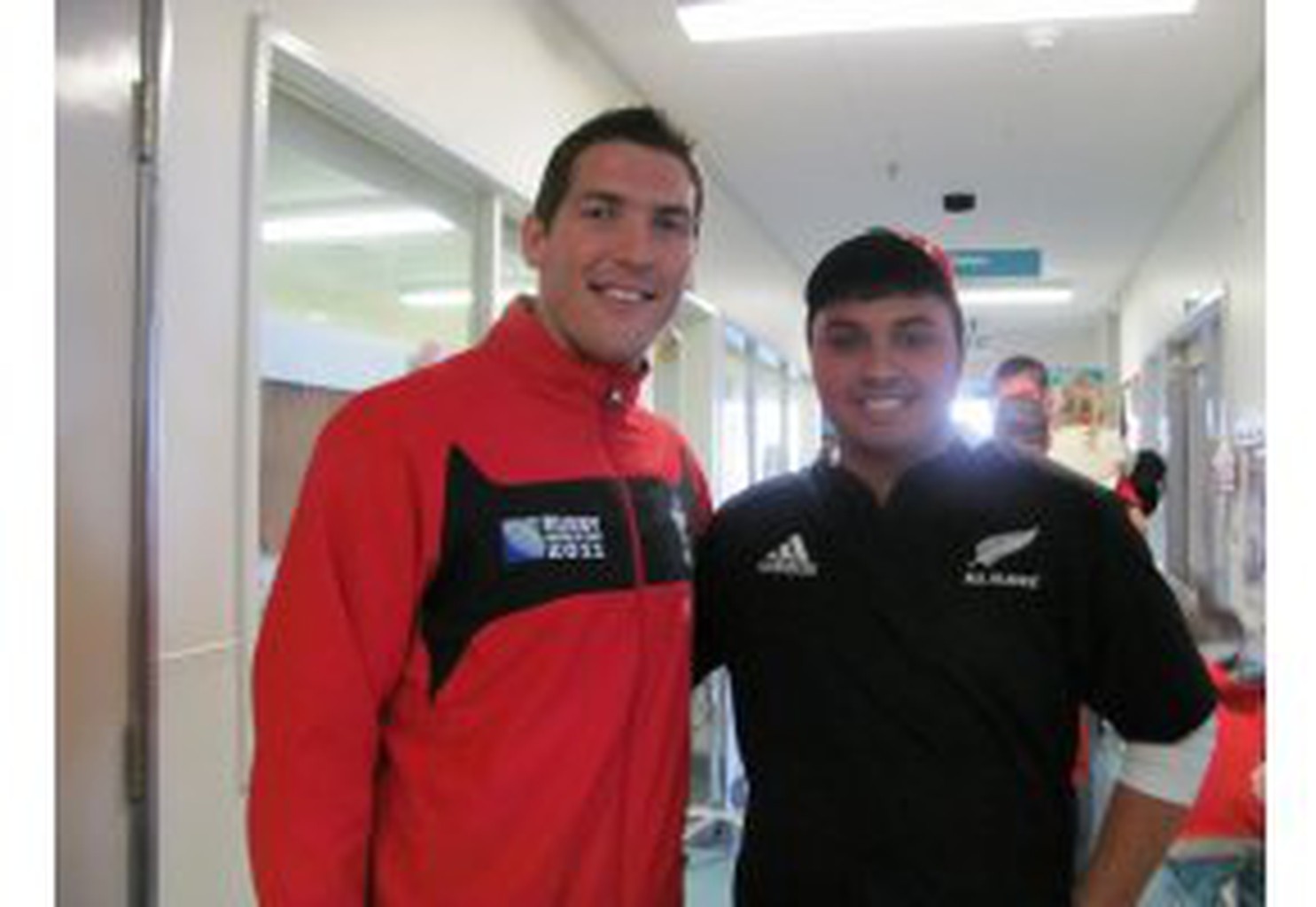 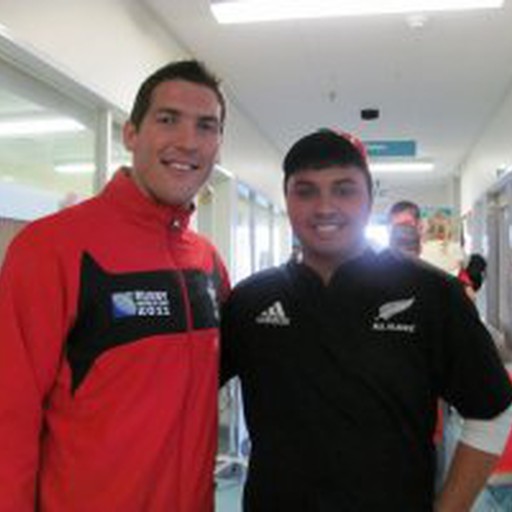 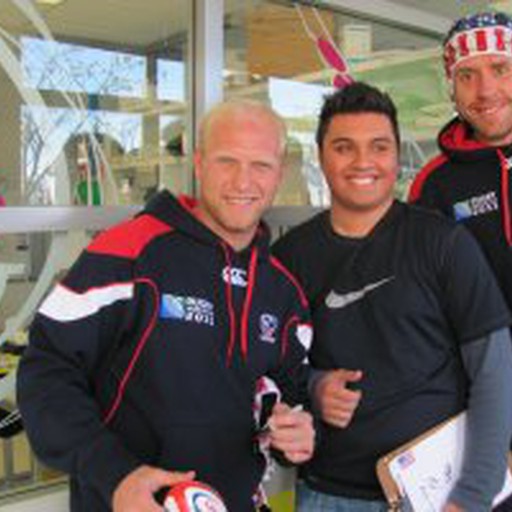 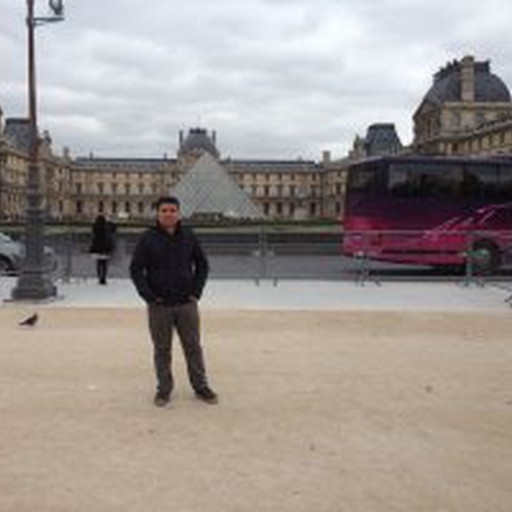 SCID - a mothers view by Lisa Tamati as Sheridan turns 21

Sheridan was born June 1992. He was a healthy 7lbs 6oz, there were no complications during labour or during my pregnancy. Everything was fine until he was 6 weeks old.

This was our very first hospital stay, little did I know it would be one of many, one of many hospitals and one of many stays, eventually the hospital would become our home for the next 12 months.

Sheridan was diagnosed with several chest infections, gastroenteritis, pneumonia, ear infections, and asthma and repeatedly treated with antibiotics orally and intravenously. He was continuously sick we would spend two or three days at home and then be back in hospital there would be the same routine including constant blood test, intravenous fluids because he was so dehydrated form a combination of vomiting and diarrhoea and painful thrush in his mouth which made it to painful for Sheridan to drink orally.

The severity of what was happening to him at the time was both upsetting and confusing. " What is wrong with him" I would ask in a panicked tone "is he going to be okay" I watched my baby boy go from being a chubby jolly little baby to being literally skin and bone, he had lost so much weight he was almost down to his birth weight. The reality of what was happening at the time was that Sheridan's blood test did not give any answers or reasons for Sheridans symptoms or why he was constantly unwell.

Sheridan had finally been discharged from hospital after spending another week or two in the hospital, he still wasn't very well but as the test results did not give us any answers there was little they could do in the hospital, we were sent home with a course of antibiotics and paracetamol and advised to come back if we needed too.

At the time Sheridan still wasn't drinking orally because the thrush in his mouth was very thick and painful so it was hard to keep his fluids up. Later that night he was having trouble breathing. What I need to mention here is that Sheridan would have been 9 and a half months at this stage so this gives an indication of how long his battle had been going on for, keeping in mind his first hospital stay was at 6 weeks old.

Sheridan was crying, not a normal cry but in pain, his face was red and he was shaking. My dad drove us to the hospital and we rushed into the emergency department, they sent for a paediatrician straight away and we were seen immediately. I remember being really scared at this point and we were sent to the children's ward, I remember they did a lumbar puncture that night and I couldn't cope with seeing my baby go through that again so my dad stayed with him.

Later we were sent to x-ray things just went from bad to worse. Sheridan started to have convulsions, he was on oxygen and had lines going in left right and centre. This is where we would meet the paediatrician who would give us the answers we were looking for.

Dr Paul Heaton was working that night and thank god! My baby was dying and until this point there was nothing they could do.

Dr Heaton did various test and looked at various research over that week always keeping me updated he knew time was running out for Sheridan so a diagnosis was urgent.

He had placed us in isolation and had placed strict rules around access to our room. During the afternoon he and several other paediatricians came into our hospital room where he told me that they had finally found a diagnosis. He said Sheridan had Severe Combined Immune Deficiency. S.C.I.D he explained briefly the condition and told me that I would need to call my family as the air ambulance would be flying us to Auckland's Starship Childrens Hospital first thing in the morning.

We left for Auckland the next morning, I still had no idea what the heck was happening it was all moving so fast. I am grateful that my family is as supportive as they are, my family saw us off and then drove to Auckland.

We were placed in oncology and we met Dr Ameratanga for the first time, he came back to see us that afternoon and told me that for Sheridan to have any chance of survival he would need a bone marrow transplant which would need to be done in Sydney Australia.

He made all the arrangements and we had 48 hours to get passports and get packing. We were sent to Prince of Wales Children's Hospital Sydney, It would be another 2 weeks before Sheridan would get to have his transplant. There were complications which set back the timeframe for the transplant, I was to undergo surgery, a bone marrow harvest, and finally Sheridan received his bone marrow transplant on the 14th of April 1993.

We were to spend another two weeks in Sydney before returning back to New Zealand. Sheridan's recovery was long and rigorous, just because he had received the bone marrow transplant didn't guarantee Sheridans survival. If anything this was our most worrying and frightening time, we knew that there was nothing more that could be done the transplant had to work to save his life. I couldn't bear to lose him.

Sheridan ended up in intensive care while in Starship Hospital and things weren't looking good, I was even advised to call family, something they had never advised me to do before.

I was so scared. Sheridan was unconscious and I sat with him and held his little hand and asked him not to leave me. This is the first time I have talked about that moment.

My family drove from New Plymouth to Auckland and arrived that night. The following morning I was still awake and my baby looked at me and said "mama" I couldn't pick him up because of the tubes everywhere so I just laid next to him and cuddled. The following days he would go from strength to strength.

We would spend then next 10 or so months in Starship in isolation until finally we got the ok to go home to New Plymouth. I couldn't wait, I had been home a few times over those months when Sheridan's grandparents or dad would look after him for me. We had also lost my grandmother and grandfather over those 10 months so we were dealing with a lot.

Sheridan turns 21 on the 18th of June this year and I am very proud of him. Although he has IVIG every month and visits to Auckland, surgeries, and various medications and appointments, he is still positive.

He is the quiet achiever and has great friendships. Sheridan celebrates life through living it, he doesn't see having SCID as sentence, in fact he has a really good sense of humour about it at times and has learnt to appreciate what he has to live with. He has been described as inspiring and was invited to attend the Young Aspiring Leaders Conference in Wellington in 2011 which he attended.

I want to thank the Kids Foundation for the support they continue to give to our family. Over twenty years the IDFNZ has supported our family and have walked beside us through it all. We are eternally grateful.