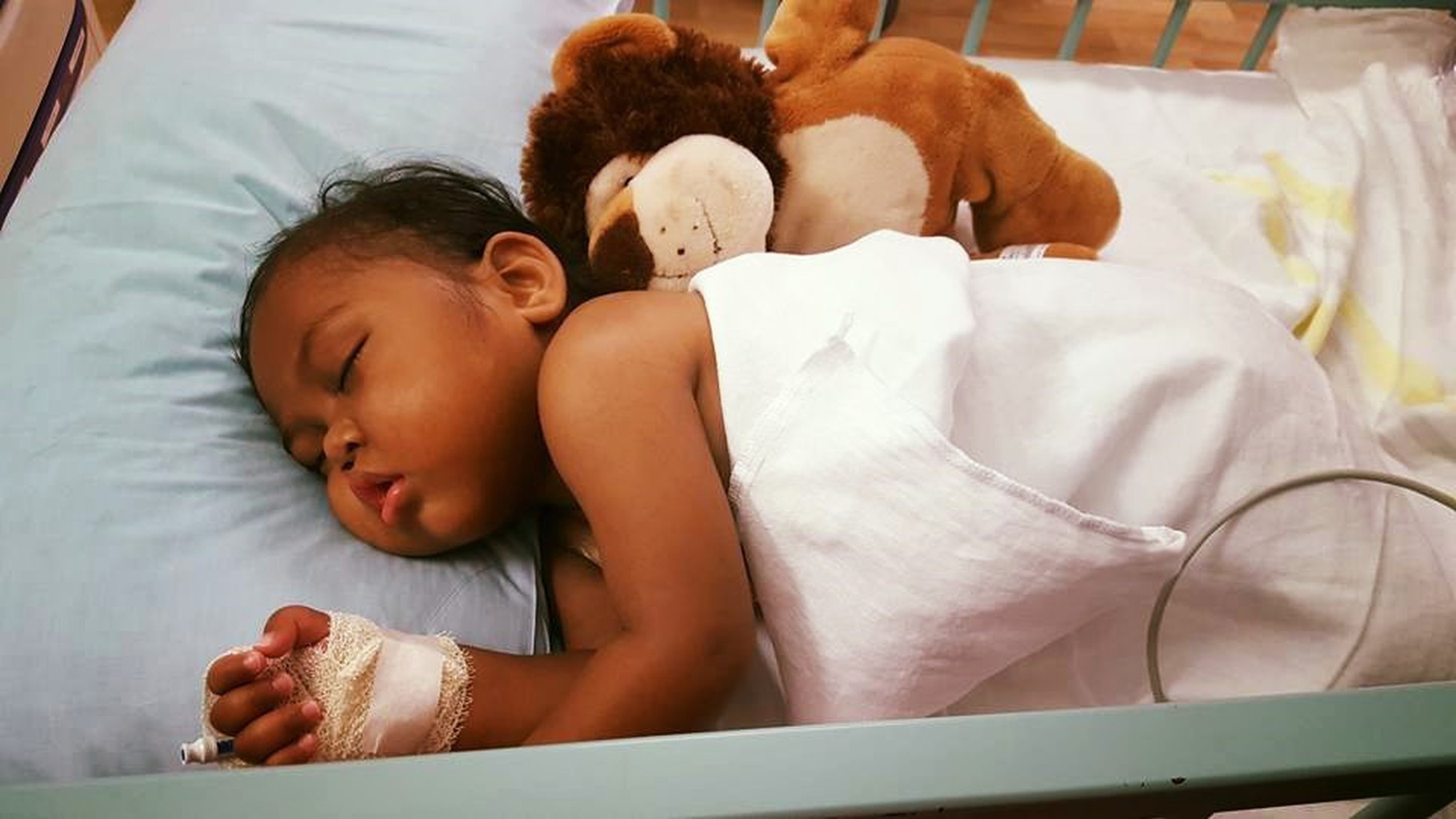 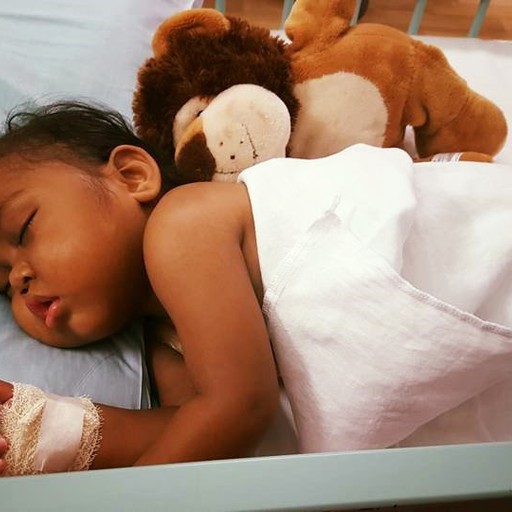 Born in November 2013 Ava-Grace Makasini is a beautiful little girl with an infectious smile. However, at just over two years old she has been through more pain and sickness than most of us experience in a lifetime. Ava-Grace was diagnosed with Megacystis microcolon intestinal hypoperistalsis syndrome or MMIHS. This is a rare congenital disease with 71% of patients being female. Her abdomen was distended, her colon is very small and she has little to no intestinal movements which means she is unable to eat in the traditional way and must rely on a feeding tube and parenteral nutrition.

At just a few days old she underwent the first of a series of operations to try and correct her condition. Having thought that she was getting better the doctors’ allowed Ava-Grace to be fed a few mils of milk every few hours but after doing tests it was found that the milk sat in her stomach and wasn’t moving through her digestive system and so she had to undergo another surgery to try and find the blockage.

By the time she was three months old she had undergone four major operations. The fourth was to connect her bowels to her stomach to see if she could digest her food that way. After this operation the Makasini family were able to take their baby girl home for short visits. By March 2014 Ava-Grace was going in for her sixth operation as doctors continued to try new ways that would allow her to process food naturally. In the mean time she was given a Hickman line so that she could easily be given her medications

After six months in Starship hospital Ava-Grace was able to go home with her family. However, she was in and out again with fevers, dehydration, and cultures positive for infections. Despite this she has beaten the odds and is thriving and growing stronger, with only a few bumps along the way. Multiple infections have meant that Ava-Grace is still being admitted into hospital every few months so that she can be given medication and looked after by the medical professionals there.

By January this year she has endured sixteen major operations on her digestive system and to replace lines that help when she is admitted to deliver medicine into her system so that her body can fight the many infections and fevers she contracts. In February she went in for another operation on her bowel to try and repair it and is now back home with her family and doing well. Having stayed at Starship hospital for long periods of time, Ava-Grace and her family have the medical professionals there to thank for the special care they have given this small girl who has fought to survive this rare disease.

Next Steps: Ava-Grace is to be assessed by Melbourne Children’s Hospital to explore the possibility of a small bowel transplant to correct her condition. Kids Foundation will be assisting friends and family raise funds to support Ava-Grace and her family throughout their lengthy time overseas.

Should Ava-Grace be accepted for transplant surgery, MOH will cover all medical and transplant related costs. This fundraising campaign will subsidize family and friends who are to support Ava-Grace and her family through the months leading up to and after surgery.

Anybody wishing to donate can visit www.givealittle.co.nz