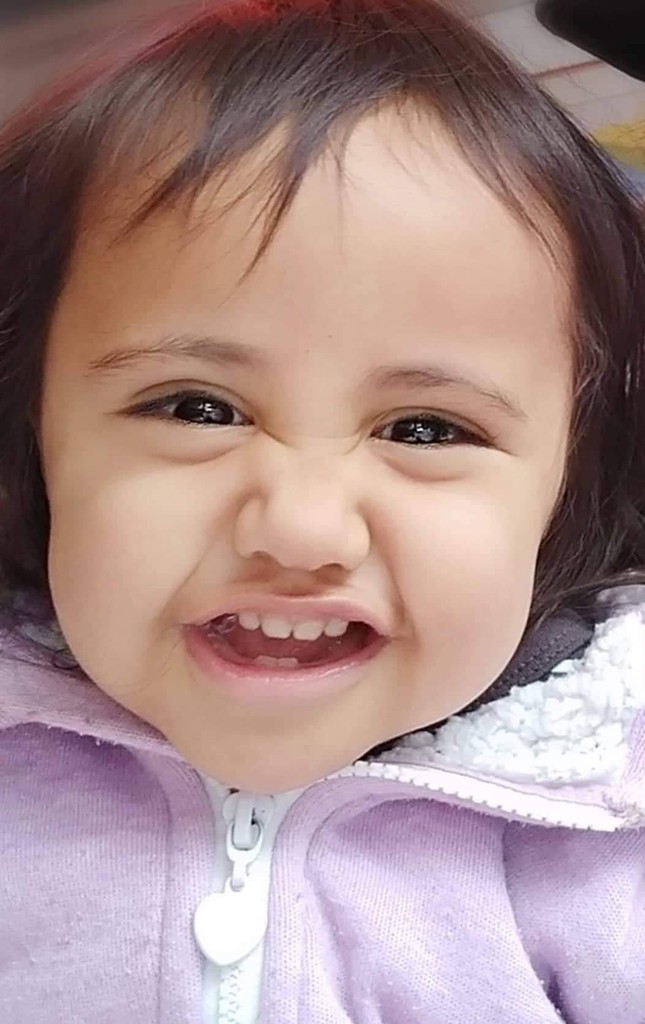 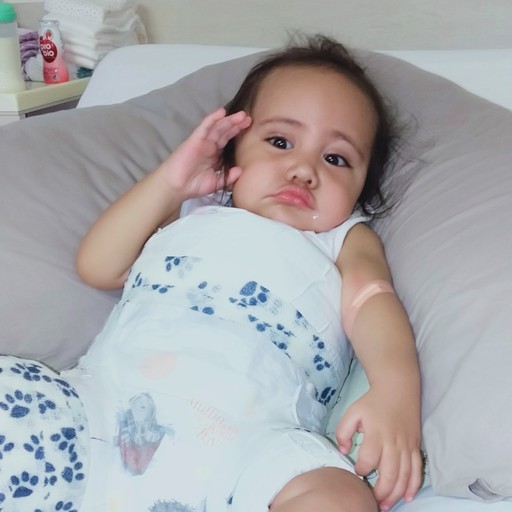 Athena is a happy, outgoing little girl. To look at her you wouldn’t know that she has been through so much in the first few years of her life, you probably couldn’t tell that she has undergone multiple procedures and has come very close to death.

At eight weeks old Athena was adopted by her uncle and his partner. She had been diagnosed with a liver problem and the couple knew she needed 100% of their attention and care. After her family saw that her stools were pale and looked like ‘cottage cheese’, she was taken for blood tests by her grandmother. A phone call a few days later confirmed that she would have to go to hospital. The family travelled from Opotiki and Athena was admitted into Whakatane Hospital for three days.

Whakatane Hospital worked with Starship and found a cause for Athena’s symptoms – Biliary Atresia, and the small family was sent up to Starship. Once there everything seemed to happen quickly, and the stress of patient family life started for her family.

Athena was diagnosed with Biliary Atresia and within a few days she was taken into surgery for a Kasai operation to try and drain the bile trapped in her liver and stop it from damaging the organ. Less than a month later, Athena was back home recovering. That was when her uncle Christopher and his partner Anthony decided they should adopt her. They talked to Christopher’s sister who agreed to the adoption to give Athena the best in life.

The next few months settled into a routine, Anthony became the numbers guy, keeping track of everything for Athena from dosages to medical terms and Christopher became the family man making sure their little whanau wanted for nothing. Making sure that Athena was taken care of is what their world revolved around.

In December after her Kasai, Athena developed Cholangitis due to Portal Hypertension. This meant that the high blood pressure in the portal veins in her abdomen had caused inflammation in her bile duct and she spent a week in Whakatane hospital. This led Anthony to revaluate and quit his job to spend more time with his daughter.

In May that year the family ended up in hospital again with Athena having fractured her femur. As she was being given medicine, she started to vomit blood. The cause of this scary reaction was Varices in her throat, the veins in her oesophagus having become enlarged and then rupturing. She was taken back to Starship where an endoscopy to check her throat was performed. The doctors tried to put a band around the veins to prevent more bleeding but were unable to because she was so small. The next step was a liver transplant.

Athena and her family were told to stay in Auckland in case she started to vomit blood again and would need to be treated quickly, however, at this time Christopher’s aunty was diagnosed with stage 4 cancer. Anthony and Christopher needed to return home to be with their family and help their aunty. They knew Athena was sick but their aunty was at the end of her life and their family needed them. Understanding how important it was for the family to return home, Starship and the liver team assigned to them came up with a plan to make sure Athena was safe and looked after if anything did go wrong.

A Hickman line was put in to take bloods which would need to be flushed every week at Whakatane Hospital as the IV lines in Athena’s arms weren’t working because of low blood flow. There was an emergency plan put in place just in case and an ambulance was on standby. Sadly, their aunty passed in July. However, when the family returned to Starship and Athena’s throat was checked, the varices had all miraculously disappeared.

Although she had recovered from the varices Athena’s best chance was to have a liver transplant. The team that were looking after her had to find either a living or deceased donor who would match Athena as closely as possible. There was a huge team involved and the next scary step for Athena’s family was a week of education, meetings, and trying to understand and process everything that was happening, then relay it to their family still in Opotiki.

Athena’s biological father then put up his hand to be tested to see whether he could be a live donor for her. He was a match and the family got a call to return to Starship. The had had a few days to prepare and arrived the day before Athena’s transplant was scheduled. Her transplant was scheduled exactly a year after she had undergone her Kasai procedure. The day was fraught with worry and tears but the moment the family saw Athena in PIKU after her surgery, even though it was a scary sight to see her covered in wires and tubes, they breathed a sigh of relief because their little girl was on the road to recovery.

Anthony and Christopher were grateful for the support they received from the PICU nurses as Athena had to stay there for two days because there weren’t any beds available on the ward for her to be transferred to. The strength of her dads helped her pull through and the liver and transplant team have been amazed by her quick healing and recovery. She was on the ward for a week and her bloods and liver count were all fine. The biggest change for the little family was a new regimen of medication and times when those medicines had to be administered. The nurses were a great support to Anthony and Christopher and within a week Athena was discharged and staying in Ronald McDonald House.

Now there are special precautions put in place to help Athena stay healthy – whenever they go out Athena wears a mask, her dads make sure she has a cover on her pram, and they have to be careful with certain foods so that she doesn’t get sick.

Anthony and Christopher also want to acknowledge the support IDFNZ have given them through parking vouchers, café vouchers, and tickets to the zoo for Athena’s first birthday.

Her family hopes that Athena can now grow up healthy and have more understanding of what she went through. They also want to raise awareness through sharing her story so that other parents know the warning signs and what they need to do if they suspect their baby has liver problems. A study is even being planned because there seems to be a high number of babies form the Bay of Plenty area who are prone to this condition.

This happy, seemingly healthy little girl has been through so much, but she is thriving and enjoying life because of the love her family have for her, the knowledge of the medical staff caring for her, and her sheer determination to live life.

Athena now at 3yrs old has grown into a beautiful butterfly. She has developed well along the way since her Liver Transplant in 2019. Athena hasn't been enrolled into pre-school we have looked after her at home and this has enabled us to keep an eye on her all the time. We were a bit worried that her development would not go as well if we were to engage with Pre-schools. The difference this has made for our Whanau and Athena is that she gets full time one on one care and attention.

Whilst being able to do this through working part time and having Whanau help has been the pinnacle of Athena's journey through her liver transplant. Through "Talking Matters' she has grown her vocabulary and shows real leadership within her.

Both Chris and I as a Whanau have been very grateful to have Athena in our care. We look forward to Athena's education journey as we set her up on Te Kura correspondent school. We continue to look forward with Athena's development.

I would also like to acknowledge IDFNZ for their continued support.