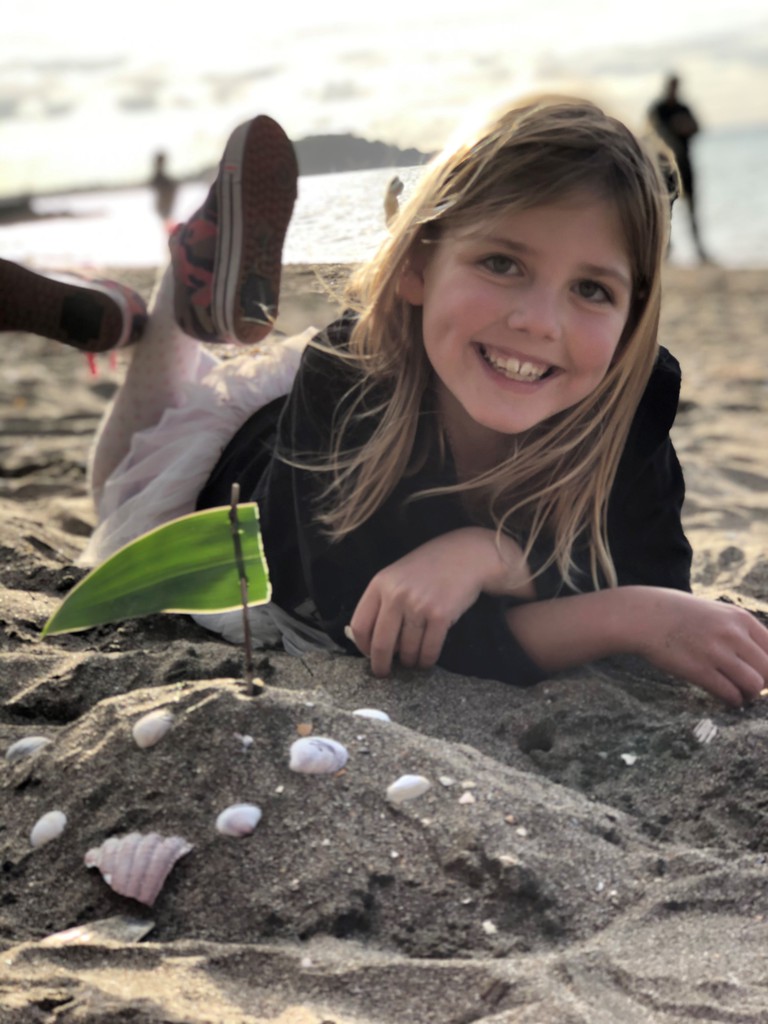 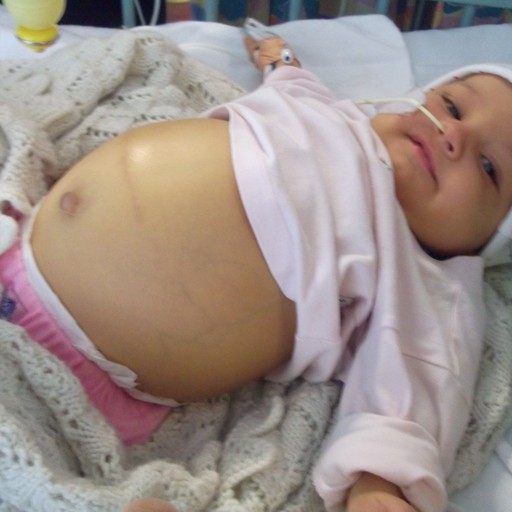 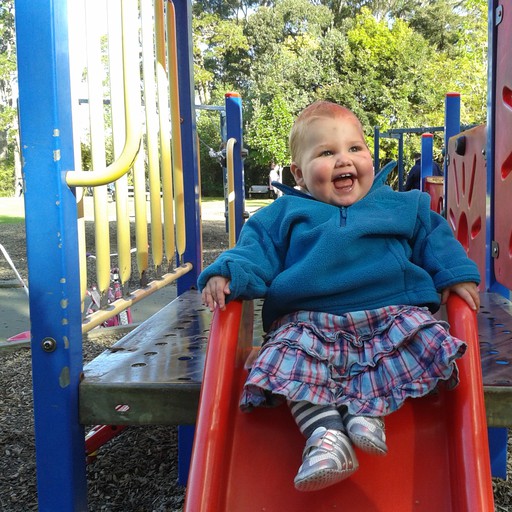 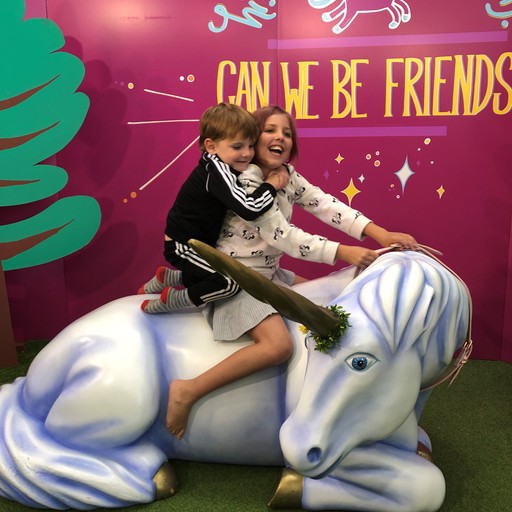 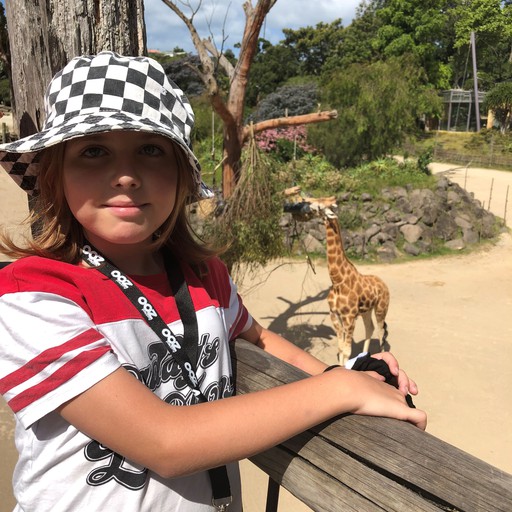 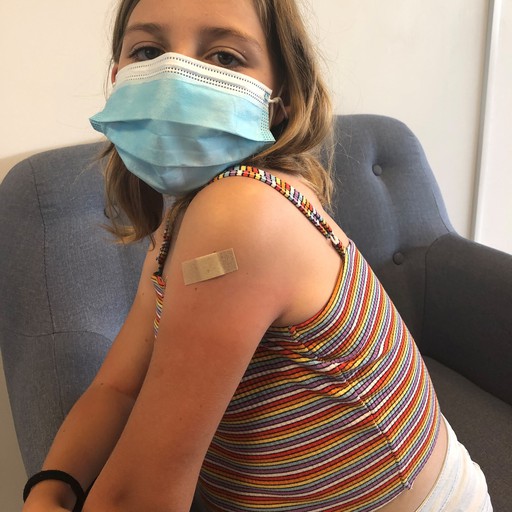 On April fourth first thing in the morning our third daughter Virginia arrived without any complication in to our arms, she was perfect and her sisters adored her.

Three weeks later her first of many little warning flag’s went up she had a fever and her little tummy was extended, we called in to see our GP and he strongly insisted we take her directly to Starship Children’s Hospital.

Hospital protocol requires that baby of this age be instantly admitted for observation, then they start at the top of a very long list of possibilities and work their way down.  The first of many worst case scenarios is meningitis and you have to act fast, a lumber puncture is required to help diagnose this. This was only the beginning of many medical procedures that I would endure together with Virginia.

I would hopelessly looking on and staring deep in to her questioning eyes with only the few seamlessly shallow words “mummy’s here baby, everything will be ok  “

Nobody knew what was wrong. Doctors need IV access for the endless blood tests and culture to help them diagnose the problem and it is almost impossible task to find and retain a vein on a 3 kilo baby.  They give a tiny drop of sucrose in the hope of distracting the patient, Virginia soon grew wise to this and wanted nothing to do with this sugary  diversion , she still to this day is wary of sweet treats.

“Virginia’s stools had been very pale in colour and her urine dark in the nappy but she happily took to the breast, feed and pooed and wee’d regularly so I had thought nothing of it, one of the many wonderful nursing angels that work at Starship picked up on this discolouration and a test for Biliary Atresia was done.”

A Gastro Team of Doctors came and confirmed the results, Virginia had Biliary Atresia, She had been born without a gall bladder and her biliary tree which helps drain the bile from the liver and process the food in the gut had not formed properly.

We asked how and why and what had we done wrong but it appears that on the wheel of life it was a 1 in 15000 spin, more common in little girls. Virginia would need a liver transplant to survive. But…. there is always a but…  at 4 weeks and 3 kilos she was too small to even consider such an operation . We were given the alternative, a short term fix, potentially two years and then she would then be big enough to undergo a transplant,  An operation called a Kasai was performed the very next day to try and prolong the life of her liver, a little duct is attached to the base of the liver were the drain should be to help with the removal of bile,

In absolute shock we handed over our beautiful little girl for the first of many lengthy operations, with great faith and armed with endless vitamins, medicines, special formulas and dietary instructions we took her home convinced that this was only a small hiccup and two years would pass easily in preparation for the next big step.

I had breast feed my other two girls and it had been a special experience and time for me as their mum, unfortunately breast milk is too high in fat and Virginias little body could not process and absorb it so special formulas are required. Ginny being the strong stubborn type did not take well to the bottle. Our endless attempts and her despair with the bottle became tougher to deal with, her little legs and arms grew thinner and thinner and her little belly got bigger and bigger. Five weeks later we were back in star ship and a Nasal Gastric tube or NG was inserted to help her feed. Then came the news the Kasai had failed Virginia would get sicker and sicker as her liver grew harder and the bile that it produced would slowly poison her body . Our only chance was to try and get Virginia as big as possible though nutrition and wait for our chance at transplant.

It was so hard to grasp how very sick our little girl was she smiled and cooed and giggled. Her two sisters visited every day and read her stories and played games, they made music and art at night with the radio lollipop kids. I missed my family all dreadfully and found it tough to explain to them why their little sister needed their mummy more right now. I grieved for the healthy baby I had lost but was determine to still enjoy my precious baby girl.

I read everything I could on liver disease and at times found it very frustrating that our medical system is reactive and not proactive and so I prepared myself for the worst. Ginny’s Dad and I put ourselves up for live donation and again this is a long slow process, Doctors will not endanger your life even for the sake of your child, Survival mode took over and I stroked surgeons in corridors of the hospital confronting them and demanded that they cut me open then and there to save my child .This is as I’m sure you have guessed is not the correct protocol, your child must have the greatest need before a donor organ can be allocated. Please when reading this discuss with you family and loved one you choice to be a donor, there are only about 45 donors a year in New Zealand and the demand is much greater.

It was a long and miserable hospital winter, routine takes over as you sit and wait, a porta cath was inserted under her left arm to help with the constant supply of antibiotics, albumin and fusimide and to spare her the endless torture of iv insertion, Virginias skin and eyes became yellow and her hair a dull grey as the bile built up in her body.

Virginia constantly amazed and inspired us with her strength and she took all this in her stride, The twice daily finger picks from the blood nurse no longer bother her and she smiled and cooed to their absolute delight, she happily swallowed down the nasty concoctions of medicines she was given and played contently in her cot unable to role from side to side or sleep on her tummy.

On the 18th of September six months after she was born her little body finally could not take it anymore, her liver had become so hard that the blood could no longer pass through and it needed an alternative route, there wasn’t one and Virginia began to vomit blood, I held her in my arms so very scared and rang the alarm bell, the blood just kept coming. The room filled with doctors and nurses and it is thanks to their quick actions that she is her today. We were rushed to PICU and received 6 litres of blood as they struggled to get the bleed from her stomach wall under control. Once again I ask if by reading this story you are able and willing to donate blood please please do… it saves lives.

We waited five long days in PICU at Virginias bed side convinced every minute was her last, before the on the early hours of Sunday morning a deceased donor liver became available, it is a strange thing to know that another has passed to give you daughter the gift of life I will be forever thankful to this wonderful persons family and there loss.

Virginia has a lust for life that has seen her through some incredible tough times and with her new healthy liver she has a second chance. It still has its challenges, she takes an anti-rejection drug and will do twice daily for the rest of her life, this helps her body accept its new organ but also puts her at risk from every other little bug or virus that a health immune system would be able to tackle. The first year after transplant she is at greatest risk of rejection and infection and as having just passed this date we remain positive and optimistic in our journey that is little Virginias story .

Virginia is turning 10 in April and will be up for her 10 year liver review in September. Blood tests, kidney tests and a biopsy are part of her plan. Her team at starship track her progress, every 3 months she is to be weighted and measured to track her growth, we have had a chat about school and her progress, what subjects she dislikes, pretty much all of them and foods we like, Japanese cuisine is a big favorite.

Last week Virginia received her fist Covid shot, very proud to be doing her part and keeping everyone healthy. Virginia knows full well what is involved in a hospital stay and the thought of doing it without Mum and Dad being able to visit is all the encouragement the Family needs to get vaccinated and stay safe.

Highlights for Virginia have been the big responsibility of becoming a big sister to brother Elvis and having to share a room which comes with its ups and downs, as every family knows.

Being a flower girl and her Mum and Dads wedding and looking absolutely adorable while systematically destroying all the bouquets.

Virginia's future plans are to be a tattoo artist, she hopes to one day travel to Japan and see Disney world.