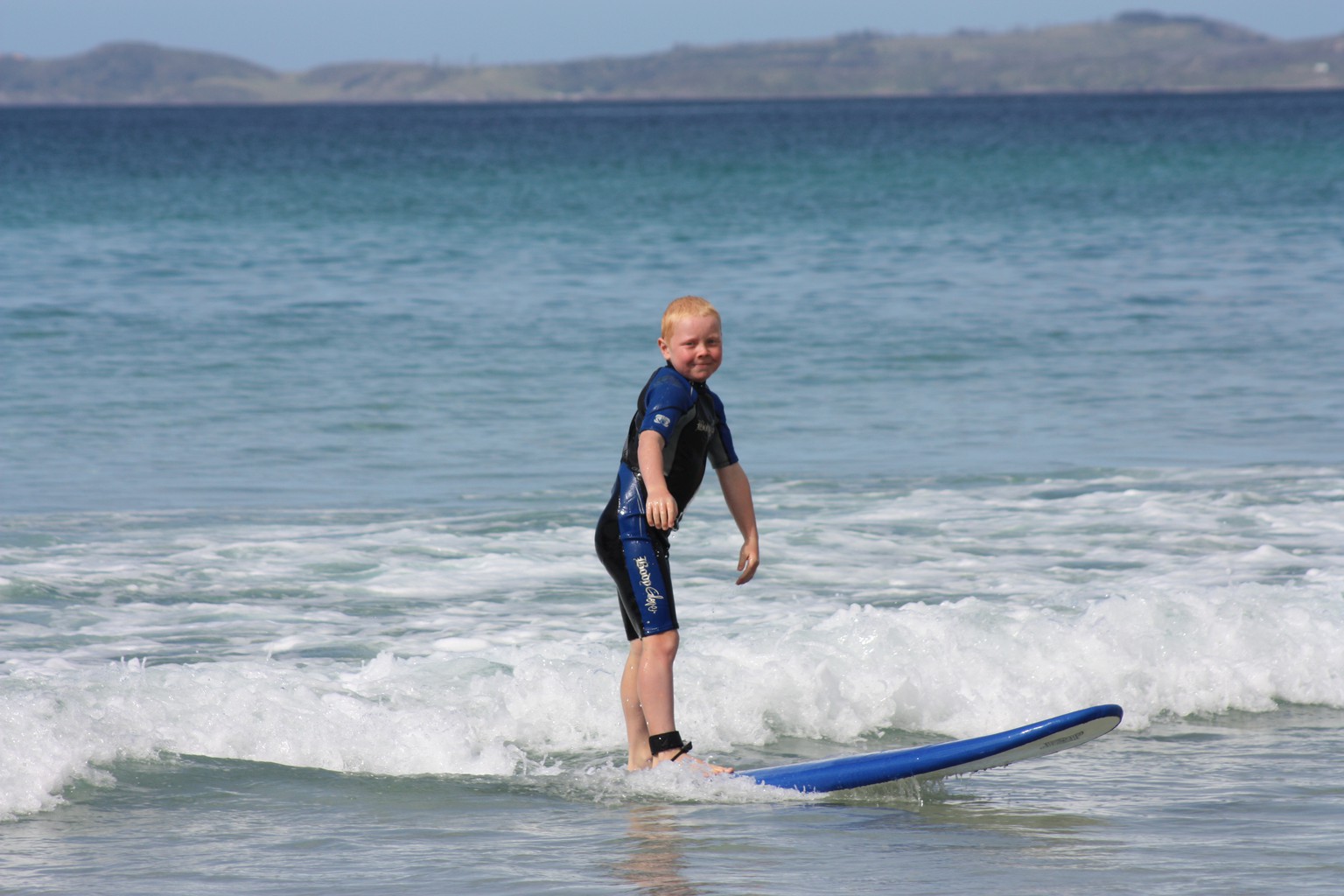 Being able to remember your child’s hospital number off by heart is a stark reminder that their young life has not begun as you’d hoped, and this was certainly the case for our son Tom.

His homebirth on 13th November 2005 was perfectly peaceful, our strapping 9 lb baby arriving safely, surrounded by family. From day one he appeared strong and healthy, feeding and growing well.

He had signs of jaundice about two weeks of age, but it disappeared a week later and it wasn’t until we noticed some bruising on his spine that we had any indication things were less than perfect.

The bruise looked quite deep, and we couldn’t fathom the cause, leading us to follow up with our midwife, who in turn suggested we see our GP. As the weary mother of a 2 ½ year old and 4 week old, I arrived at our family GP’s office to instead find a locum on duty. It went downhill from there, as I was questioned about the safety of our home and grilled about what could have caused this unexplainable bruise. Clearly he had some concerns, and to cover his bases he sent me off to the hospital for a myriad of blood tests. Despite leaving the locum feeling a complete mess, I’ll be grateful to him forever.

Because it was one of these tests that showed our apparently healthy son was in fact unwell. His initial liver results were cause for alarm, leading to more urgent tests by the Whangarei paediatric team.

The results confirmed his liver was not functioning well at all and we were sent home to pack a bag for Starship.

We quickly arranged for our daughter to go to her grandparents, and full of dread, my husband and I headed to Starship with Tom. The five days of testing that followed were awful. It felt like Tom was forced to be nil by mouth for hours and hours on end, despite being a hungry four week old baby. It took five days to diagnose Tom with Biliary Atresia, confirming he was missing the bile ducts to drain bile from his liver and was also missing his gall bladder. This was two days before Christmas, so the gastro team kindly sent us home to be with our family, and we returned four days later to prep for surgery – Tom would have a Kasai, designed to take a piece of his intestine and create a new bile tract from his liver.

Handing Tom over to the theatre staff that morning was one of the hardest things I have ever had to do. And then the wait while he was in theatre was excruciating. We were both exhausted, terrified and incredibly anxious. Five hours later we got a call from the surgeon telling us they were just closing him up and would shortly bring him up to his room. So again we waited. Over an hour later, just the anaesthetist walked in and I was convinced in that moment Tom had died.

Instead he told us Tom was having trouble breathing on his own and was instead in PICU. I couldn’t get over the wires and tubes connected to his tiny body – he looked so small and vulnerable surrounded by constant beeping, lights, alarms and tubes.

He finally got the strength to breathe on his own and we returned to the ward. Less wires but still plenty of distractions. After nearly two weeks of expressing milk, I was able to begin breastfeeding again – a huge relief to both Tom and me! – and the pressure to put on weight began.

I came to hate the scales that were brought around each morning to weigh the babies. A gain meant a good day; a loss was too awful to talk about. I also began to loathe blood tests; witnessing medical staff struggling time and time again locate a tiny vein in such a tiny wee arm or leg was heartbreaking. Central lines gave us a welcome reprieve.

Day by day Tom’s colouring (skin, eyes, stools and urine) improved and his weight slowly tracked upwards. His surgery was deemed successful about three weeks post-Kasai and we were allowed to go home.

During this time we got to know amazing staff members and families in Starship and were so grateful to them for making the little things in our lives easier – directing us to supplies, sharing stories about their own experiences, helping us celebrate the good days and being there for us during the bad.

Being home was a whole new challenge. In his first year, he had three more hospital stays – two for suspected liver infections which required 10 days IV antibiotics and another which turned a family holiday on its head. We were away in Taupo when Tom (10 months old) started vomiting. We tried to tell ourselves it was just a normal bug and that it would go away, but 24 hours later when he was holding down nothing and still only bringing up bile, we decided to pack up and head for home, so we could see our own doctor. The GP sent us straight to the hospital, where Tom was diagnosed with a twisted bowel, most likely due to the abdominal scarring from his Kasai. He required urgent attention, so Tom and I were choppered down to Starship and he was operated on immediately. The surgeon later described his bowel as looking like “black pudding” but thankfully, Tom received care in time to save his entire bowel.

We have since had a further three hospital stays (in Whangarei), where the staff have supported us to take Tom home early where possible, after training me up to administer intravenous medications, with support from district health nurses. Tom has grown well and life has gradually become more normal for us as a family.

Tom has regular blood tests (he is such a star with needles now!), as well as annual ultrasounds and endoscopes.  Life will never be the same, but we are grateful for Tom every day, and for all the amazing people who have cared for him along the way - with outstanding paediatric care in both Whangarei and Starship - helping to give us the strong, healthy son we have today.

We could not have survived this journey without our families also, who have been an ongoing tower of strength, love and support.

Tom is now 8 and is a delightful, charismatic, capable kid who loves mountain biking, duck shooting, soccer, surfing, and generally just mucking around on our block of land. His three scars, from his initial liver biopsy, his Kasai and his bowel surgery, are the only outward reminders of his challenging start to life.

We now believe Tom’s bruise was caused by his Biliary Atresia (his skin and eyes also became noticeably jaundice in his fifth week, while we were in Starship), but we are hugely grateful for this early warning sign, which led to a successful Kasai.

We know we are never completely ‘out of the woods’ so we just enjoy living a ‘normal’ life and take each day as it comes.