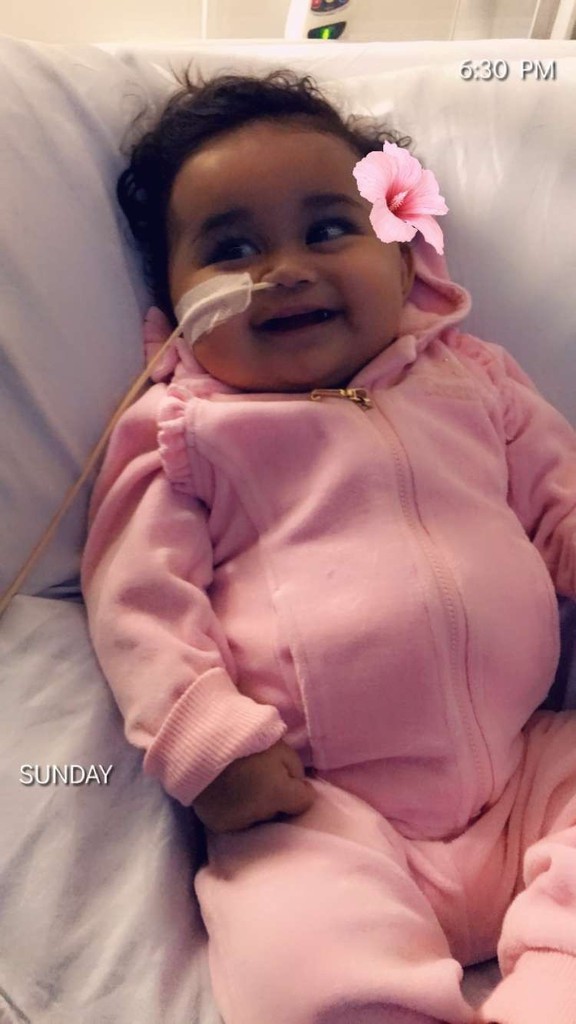 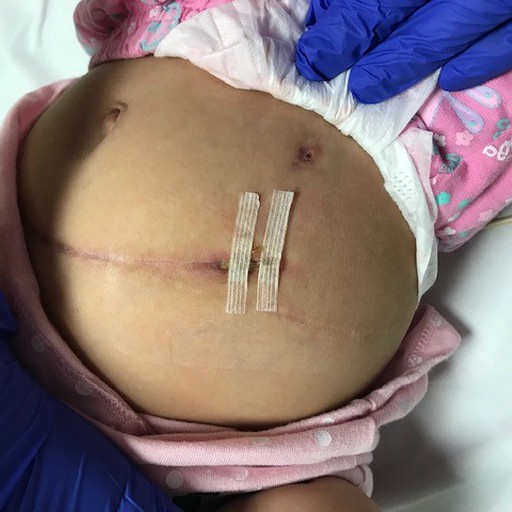 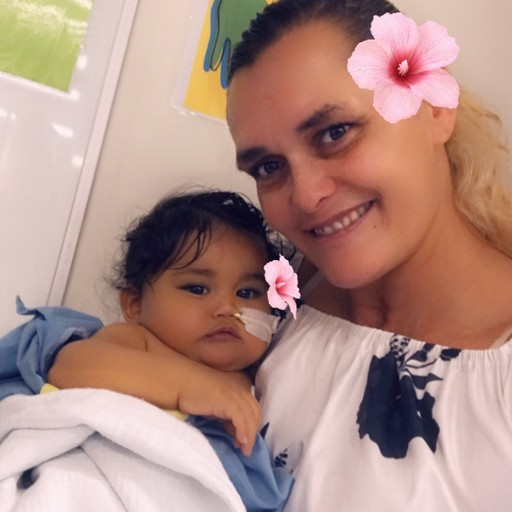 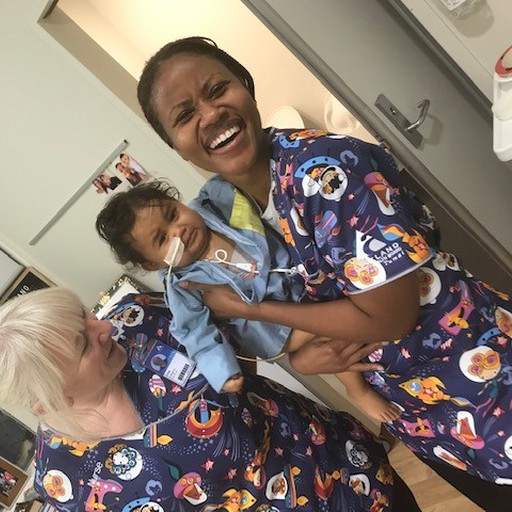 I runga I tōku aroha

Taonga Tuku Iho Hiwa i Te Rangi Tatai-Smith was born seemingly healthy. Her family was overjoyed at the new addition and the beautiful baby seemed happy, growing and reaching her milestones one by one. It wasn’t until mum Holly took her for her six weeks checks that the doctor noticed that her eyes were yellow, her poo was pale and after an examination, was able to feel that Taonga’s liver was swollen and felt wrong.

As a precaution the family was sent to Whangarei Hospital where tests were done. After a stay overnight they were sent to Starship for a diagnosis. Tests were done again by Starship’s exceptional staff and Biliary Atresia was diagnosed. It was a blow to the family who realized just how sick their little one was. To try and save Taonga’s liver and her life, doctors performed a Kasai. The bile ducts of her liver weren’t working so, in order to help the bile drain from the liver so it wouldn’t be damaged, Taonga’s intestines were connected to her liver and the damaged ducts taken away so that the bile would drain through her intestines. This procedure meant that although Taonga’s liver was still damaged, the damaged wouldn’t get worse and her liver would have a chance to heal itself.

As Taonga became healthier, the family were moved to Ronald McDonald House. They were able to bond as a family with the help of staff there while their little girl healed. The family spent Christmas at Ronald McDonald House, with their other children – the family of 11were happy to have Taonga’s first Christmas together. While they were at the hospital, the family had the support of their eldest son, Matariki and their third child, Tihewa-Hinerangi who looked after their two younger children, Iona-Tana and Maui-Bill.

Finally, after three months in hospital, Taonga and her family were able to return home. Once there she still had to be monitored with regular blood tests and her Mum and Dad keeping her as healthy as possible. The family had a blissful three months together before winter arrived and with it the cold weather. Taonga’s bloods started to drop and she had to be taken back to Whangarei Hospital. Again, they only stayed overnight before being sent back to Starship. Unfortunately, as the country was only two weeks into lockdown, this meant that Holly, Edward and Taonga were separated from family and siblings due to lockdown law. This time they had extra support from Whanau and especially Edward’s sister who looked after the other children while He and Holly were with Taonga in hospital.

Taonga was suffering. Her stomach was horribly distended by her swollen liver and she was in agony. As the Kasai had failed to save her liver, she was put onto the liver transplant list to try and find a donor. Holly and Edward were a part of a lot of meetings and talking to professionals to do with the next steps for Taonga. The couple prayed their daughter would have a match soon and their prayers were answered, within a week the news came that a positive match was found. Taonga had a new liver. The family were overjoyed and so grateful; a family who had lost so much would be the ones to give their daughter such a wonderful gift of life. Holly and Edward give all their thanks to that person and their family for all they have given.

Taonga was prepped for surgery soon after the liver became available and her transplant went well. Once she was back on ward, however, her bloods started dropping. The doctors diagnosed EBV (Epstein-Barr virus). Because taonga was on Immunity suppressant drugs to help her body not fight her new liver, she couldn’t fight off the EBV and so the drug dosage had to be lowered so her immunity could come back slightly and fight the EBV. It was a balancing act and Taonga’s family give back Aroha to all the doctors and nurses and cleaning staff who work at Starship for everything they did, no matter how small, to help save Taonga. Holly and Edward agree that ward 26B had a big Whanau feel to it as everyone helps and looks out for others and also want to name some of the nurses who were amazing during their time at starship – Hayley, Jemma, Sarah, Christie, Natasha, Holly, Lisa, Ally and everyone else who helped them and their little girl.

As Taonga healed she had to endure infections as well as two biopsies, however, she has grown and thrived since her transplant. She is smiley baby who loves eating, playing with her food and toys, balloons and bubbles. She watched everyone and cheekily smiles at only men when she wants. Her family see the strength in her that has only grown, strength that has kept her going and smiling. When she had her first operation and biopsies, she was out for half a day because of the anesthetic and medication given to her – something which was especially hard on Edward. However, with each procedure or biopsy she has recovered faster and faster and was up and about almost straight after her second biopsy. She even rolled over onto her stomach to see her family after that procedure. She is ready to go and back to herself so fast it is wonderful for those who care about her to see. Taonga also loves Maori TV and the Te Reo kids shows Pipi Ma and Takaro Tribe are her favourites to watch. Mum Holly speaks only Te Reo to her and sings her Maori songs to help her know her culture and heritage.

The family wish to acknowledge the support they had from the staff at Starship and Ronald McDonald House, something they will forever be grateful for.

The next step for Taonga and her family is time at Ronald McDonald House which Holly and Edward will split their time between there and their home and other children. They also are working on a routine with Taonga as she still needs a lot of medication. She is on a regimen of medication three times a day with some medicines not allowing food an hour before or after taking the medication. This means that feeding times have had to be scheduled around medication times and both mum and dad are still learning how to make that work for Taonga. The little girl must have up to seven types of medication to help her body after transplant and it’s full on all day. Despite this the family are grateful for every second they get with their precious little one and always focus on the positives of that.

Taonga’s family hope that with this second chance their little one can live as normal a life as possible. They pray she will be healthy and happy and confidant. Her big family love her and each other and they hope that through that love she will continue to thrive. They hope she knows that her life is as it is and that despite everything she has been through, she will remember to take her medicine as she gets older and remember the gift she has been given. Even in bad times the hope is that she knows she is loved and supported by her family. Holly and Edward would like to send Aroha to their family for all the support they’ve had at this time especially with care for their other children as they have had to concentrate a lot of their time and energy on Taonga. Their Whanau have supported them and pulled them through one of the hardest times in their lives with food and Aroha and care. With the aroha manaki karakia from everyone Taonga Tuku Iho Hiwa i Te Rangi Tatai-Smith is smiling laughing and strong

As an outlet, Holly has also put together a book in Te Reo which documents Taonga’s life from the moment she knew she was pregnant with Taonga through everything her little girl has survived. She has also made it one that others can purchase to document their own little one’s lives.

I started the baby book journey when I was teaching at Hiwa i te Rangi school. I started this project with a student. I have made a baby book for all of my other 5 children but in English so I wanted to create a baby book in Te Reo Maori for our Taonga Tuku Iho and also now for anyone else whom would like one as the book is ready. If u would like to purchase one or ask any questions my email is: hollysmith75@icloud.com or our Facebook page name is He Kakano - Pepi Pukapuka