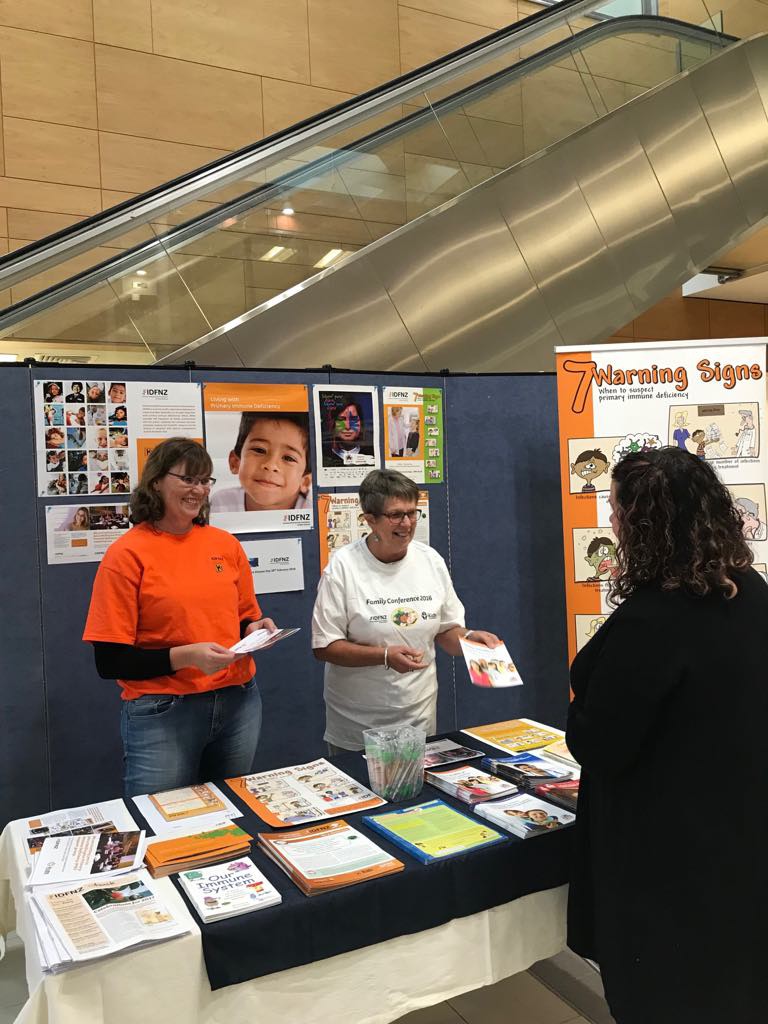 Phillipa is an adult member from the Wellington Patient Group who wasn’t diagnosed until her 30’s. She is an active wife and mother who has learned to thrive despite her illness and the necessary treatment for her CVID (Common Variable Immune Deficiency). This is her story…

My Journey & travelling with CVID

Growing up I was a fit healthy child, it wasn’t until in my 20’s that I continuously suffered from tonsillitis and uncomfortable boils which needed to be lanced so often resulting in many courses of antibiotics.

At age 30 I decided to have my tonsils removed, something that mum wishes the doctors had done when I was a child, I always felt my tonsils were swollen with infections.  I underwent tonsillectomy surgery in 2000 but unfortunately things didn’t get much better in fact they got worse.

I loved sport and being fit and had played netball from an early age.  I set myself a goal to train and ride around Lake Taupo with my husband, which seemed like a good idea in the beginning.  But each time I did a training ride I would end up sick for 2-3 days afterwards, I knew then that things weren’t right.

With 2 young children (aged under 5) I contracted so many infections from them.  On a holiday in 2006 I contracted pneumonia once again on a plane ride home and this was the last straw for me.

The next part of my story had a positive turning point, I had an excellent relationship with my doctor and of course saw her often.  In 2007 (aged 37) I said to her enough is enough please can you find out why I am always sick, lucky for me she did a full blood test and discovered I had low immunoglobulins IgG, IgM and IgA.  I’m so grateful she listened to me and discovered I had Common Variable Immune Deficiency (CVID).

I saw Richard Steele my immunologist at Wellington Hospital not long after being diagnosed with CVID and underwent IVIG treatment every 3 weeks.  In 2008 Richard asked if I would consider taking part in the CSL Ltd Australia/NZ Hospitals Subcutaneous Immunoglobulin G (Ig NextGen 16%) Clinical Trial.  It wasn’t an easy decision to move away from the support of the hospital environment and continue this new type of treatment at home.  However, having 2 young children and trying to work part time meant it was difficult to always plan when I needed to be in hospital.  I liked the idea of having flexibility to perform my treatment in the comfort of my own home.  Taking part in a clinical trial meant you were continuously monitored by an immunologist and a clinical trial nurse every month, so I was fortunate enough to continue having hospital support while doing my treatment at home.  The trial lasted for 5 years, in that time I still got sick on and off and underwent 2 sinusitis sinus surgeries which seems to go hand in hand with having CVID.  After these surgeries, my health improved and I’m not on antibiotics nearly as much as before.

My husband Ben, children Liam (19) & Holly (17) are used to mum sitting down in front the TV each week doing sub-cut treatment it’s just part of our family life now.  I’ve been lucky enough to travel overseas taking my medication with me and would be happy to chat with anyone who is on sub-cut and thinks it’s not possible to travel.

In 2014 I travelled around Europe on a 21-day bus tour with Ben, before the trip I organised to have a dose of IVIG treatment in hospital before I left that would last me the 5 weeks.  Yes, I had to be careful to keep healthy towards the end of the trip when my levels were low, once home I continued with my sub-cut treatment.

It’s still possible to live a life of adventure while having a long-term illness, it’s understanding how to manage the roadblocks along the way which is important.