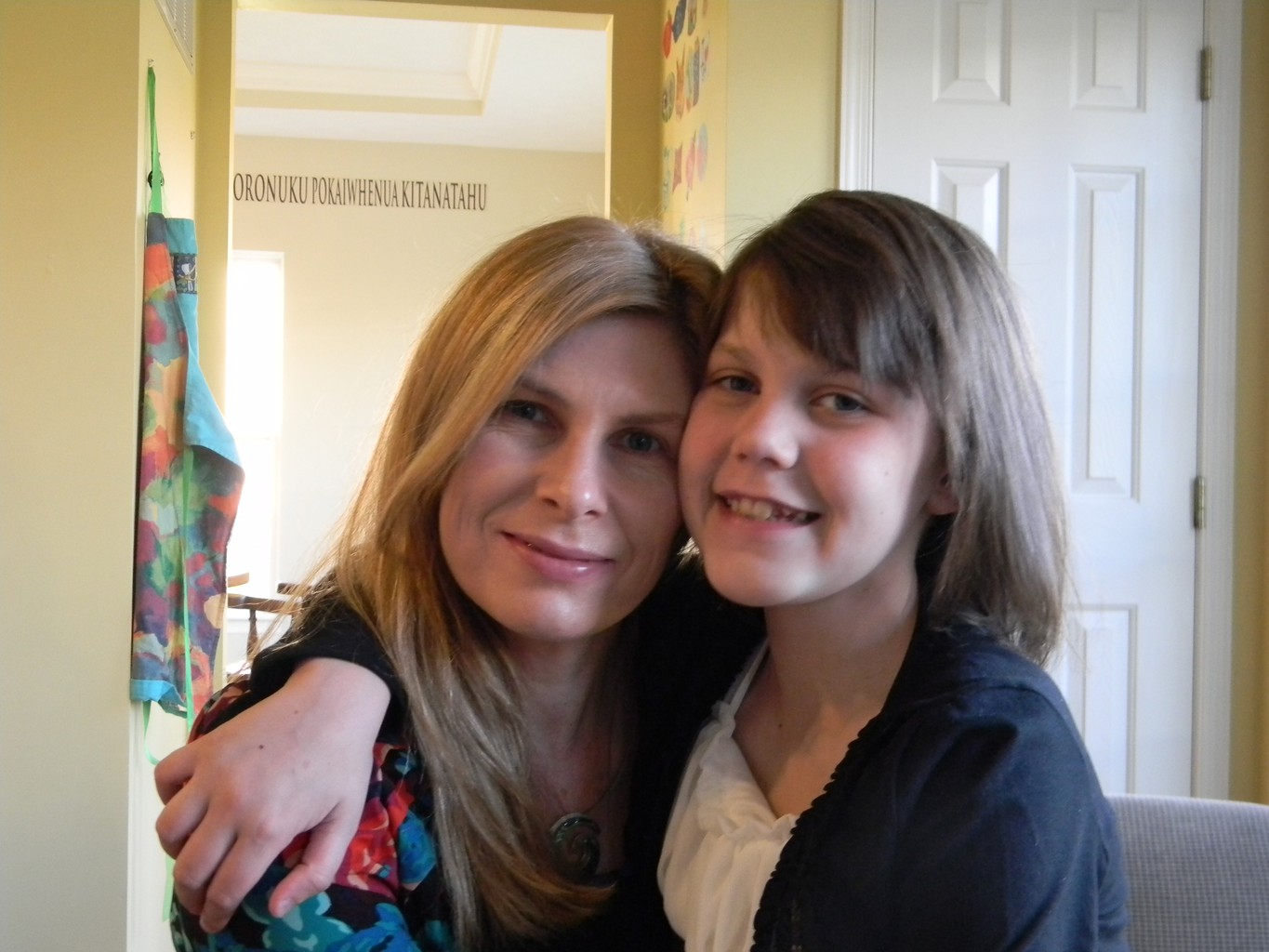 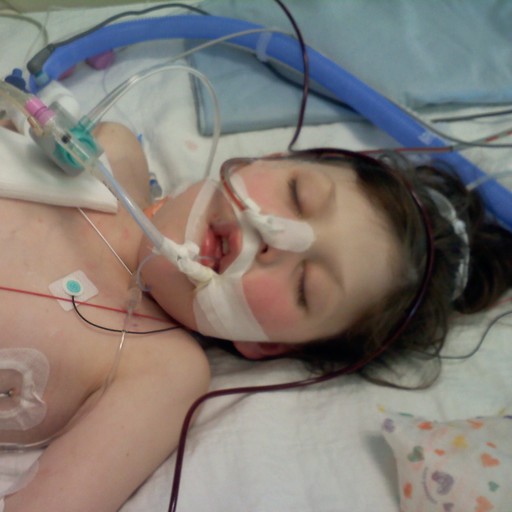 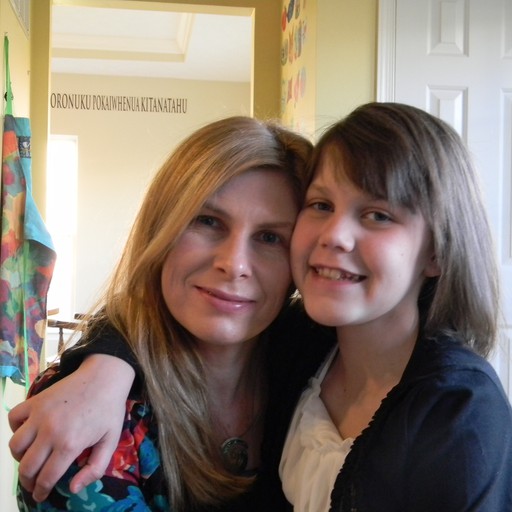 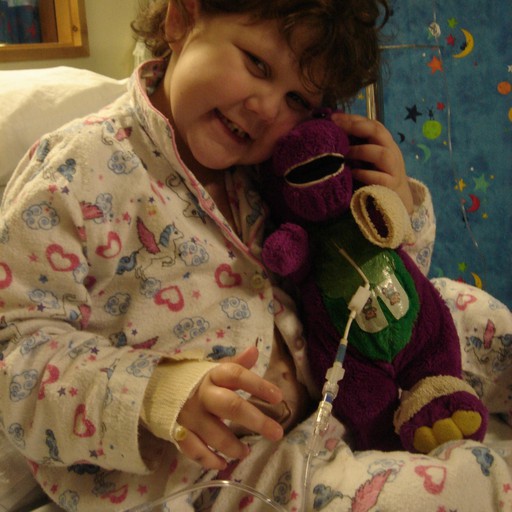 On Christmas Day the year 2000 Matisse was born with a rare intestinal condition.  It would be six weeks and three major abdominal surgeries before we would be told that she suffered from Chronic Idiopathic intestinal pseudo obstruction.

Basically what this means is that our beautiful baby could not absorb food – she could not even absorb her own body fluids.  Not only could she not eat but she constantly vomited bile.  If she survived she would need to be fed through an intra venous drip – this alone would cause her many hospitilsations and eventually organ failure, however, her doctors did not hold out any hope that she would make it past leaving the hospital.

Matisse did survive at home on her IV feeding (TPN) but she suffered chronic and acute pain her entire life. She was on incredibly strong IV pain medication which still did not help the pain.  She vomited constantly even with a tube in her stomach to vent the contents.  She never pooped and relied on an ostomy to get rid of waste.

The first seven years of Matisse’s life were spent in hospital or very sick at home.

Knowing there was no cure for Matisse we spent many years looking for a better diagnosis.  After all idiopathic means we don’t know – we don’t know what Matisse has but we know her intestine does not work.  However after extensive testing in both New Zealand and Australia we were still stuck with the same condition.

The pain from a non functioning bowel and the constant blood infections and sepsis from a permanent IV line meant that we needed to research what we thought of as a last resort – small bowel transplant.

We knew that there was such a thing as small bowel transplant, however, it was still not commonly performed and there were very few centres around the world doing it with varying success.

Living in New Zealand we knew this surgery was not available to us or in neighboring Australia.  I had been aware of Pittsburgh both as a centre for intestinal failure and for small bowel transplant.  This seemed like the place to be – unfortunately it came with a million dollar price tag.

We spent a year fundraising and petitioning the New Zealand government to help pay for Matisse’s transplant.

It really was not until we arrived in Pittsburgh that we could contemplate what a transplant actually means.  To us it was an opportunity to save our child’s life and give her a brighter future away from hospital, pain and vomiting.  However for that to happen another family would lose their child under tragic circumstances and then make the incredible decision to gift us their precious child’s organs – a true testament of human nature.  It was heartbreaking and heartwarming to think about.

We did have plenty of time to think too.  Matisse was on the waiting list for almost four years.  During that time she had eight false alarm calls.  Eight wonderful families had chosen to give us the most precious gift of all – life.

When you receive a transplant call everything moves in slow motion.  Usually the coordinator will call and ask how Matisse is doing?  Is she well enough to go through transplant at this time.  She will then tell you that they may have organs and to wait for their call.  The call may come within a few hours or not for many more hours.  This time of waiting is very surreal.  While we are excited and scared and dare ourselves to think that our daughter may have a future we are also very aware that another family somewhere are experiencing immense pain.  As a mother I naturally think about the other mother and what she must be feeling.  I feel true gratitude that she was selfless enough to think of me and my child by saying yes to organ donation.

For many reasons 8 times Matisse has not received the gift of life.  Rather than focus on our own disappointment we channel our energies to those families who have lost a loved one and chose to give us and many others life through their loss.  We always ask not for prayers for our loss but for the family who have lost their precious child.

On December 6th 2010 we received call number 9 - again the question “ How is Matisse”.  “Well two hours ago she was diagnosed with strep throat” I told the corodinator.  Thinking we had missed yet another chance for new intestines for Matisse we carried on with our evening while we waited for the coordinator to speak with the surgeon about Matisse’s condition.

The call came late that evening.  We still don’t know if the organs will be viable for Matisse, however we needed to get her into the hospital so she could receive IV treatment for her strep throat.

We’ve been ‘here’ before so we are experts at packing up for the hospital.  Just days earlier I had refreshed the bag I had permanently packed for Matisse’s transplant – things we needed and did not want to forget in panic.  However, after 8 calls there is very little panic left.

Late that night there was barely any traffic on the road.  Matisse asleep in the back seat of the car;  my husband and I silent in our own thoughts.  My mind again went to our donor family.  For us the journey may be beginning - for them this was the end.  It was heartbreaking to think about.  I prayed that they could find peace with losing their child and silently thanked them for their incredible gift.

At the hospital Matisse had blood work done ready for possible surgery (we still did not know at this point if the organs would be good for her).  She was started on treatment for her strep throat then we were left to try and sleep.

I slept curled up beside Matisse on the single hospital bed.  I breathed her in, wanting to remember her scent.  The familiar smell of bile was imprinted in my mind for this is the smell of Matisse – her scent and a reminder how sick she is.

On December 7th 2010 at 8.30 am  9 years, 11 months of suffering from chronic idiopathic intestinal pseudo obstruction, 3 years 11 months of waiting for organs and Matisse was wheeled into surgery.  Twelve hours later Matisse came out with a new large and small intestine.  This is when the miracles began.

The recovery has not been smooth, Matisse was taken back to surgery twice in the first week due to massive bleeding.  On her 10th birthday also Christmas day she was admitted back to ICU to start aggressive treatment for rejection.  However:  Matisse celebrated her 10th birthday when doctors once told me she would not see her first.  We celebrated her first Christmas with her new organs.  We have since celebrated many firsts – first time eating, discharge from hospital, first valentines day, easter, mothers day, first day back at school, first time riding a bike, first day not venting bile, removal of tubes, removal of surgery staples, reduction of medication, reductions of appointments – the list is endless and limitless.  As we celebrate these milestones taken for granted by many we are acutely aware of the many firsts our beloved donor family have without their precious child.

Matisse was discharged from hospital 7 weeks after her transplant.  She was still on IV fluid, she was being fed through her tube in her stomach.  She was not vomiting bile and she was eating squid tentacles!

It took a year to wean Matisse off her years of pain medication.  It took six months to get her back to school.  It took a year to get rid of her IV fluid and permanent IV line.  By December 2011 she was doing really well.  She was a poster child for children's hospital in Pittsburgh and had filmed a tv commercial for them, was featured in print and radio advertising and was on giant billboards around the city and outlying suburbs.

National and international news publications picked up her story.  She was the girl who could not eat who now cooked and ate squid.  Her publicity landed her a job as kid food editor for cooking light magazine - an American cooking publication which she still writes for.  Life was good.  Unfortunately just days before we were due to return home to New Zealand Matisse went into organ rejection again.  Thankfully our team were able to treat the rejection and after 6 years of living in Pittsburgh we were able to return home.

Our journey is not over but for the first time in 12 years we can look forward to the future, we can make plans and have hopes and dreams that once were not possible.  Matisse no longer smells of bile.  She can eat without pain and vomiting.  She has incredible energy – energy which she has never had before.  She started back at school and no longer needs me to go at lunch time to administer IV pain medication or pick her up early because she is too sick to stay..  Matisse is now enjoying being  a ‘normal’ kid.

Matisse received her gift of life from an 8 year old boy.

In October 2012 we had the most amazing opportunity to meet our donor family.

On December 5, 2010 Tanner earned his angel wings.  His parents were asked if they would donate Tanners organs.  They said no.  The person who asked them told them that there are other families out there like you who are saying goodbye to their child because they are in need of organs.  You can change that for them.  They thought about it again and this time said yes to donating their precious sons organs.

Meeting Tanners family was incredible.  How do you say thank you to someone who has given you so much, there are no words.  They told us that Matisse had been the sickest of all the recipients.  They loved to hear how well she is doing and believe that their son Tanner is watching over her.  For them the decision they made has given them peace.  Thanks to Tanner four lives were saved and two people have the gift of sight - pretty incredible.