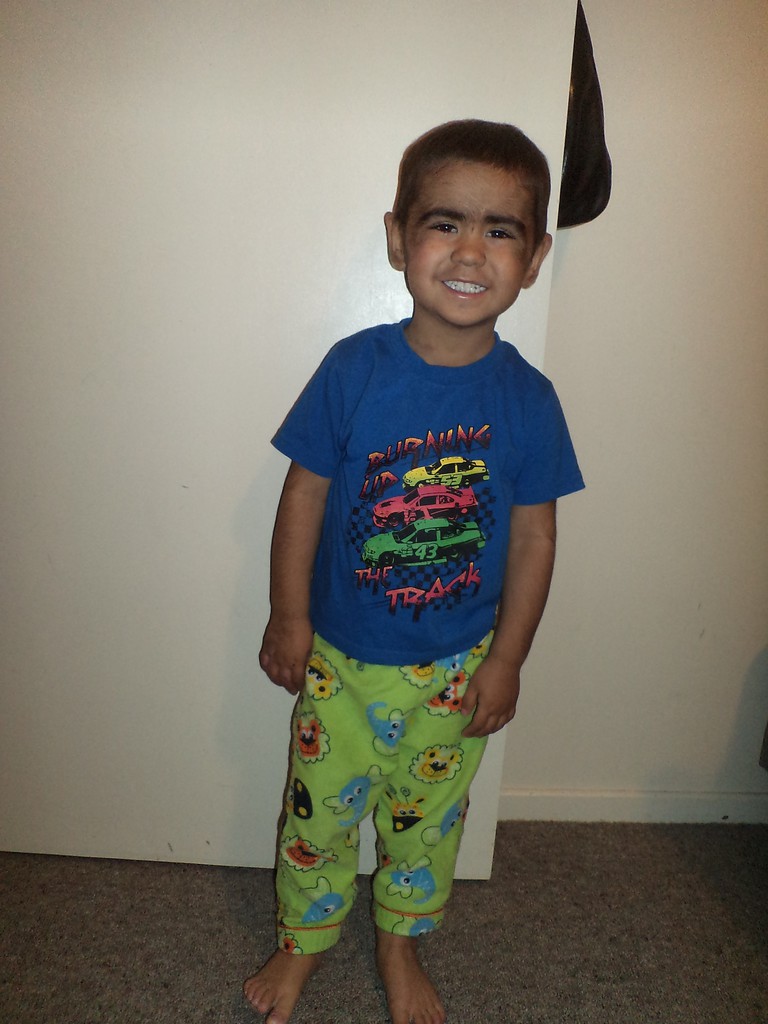 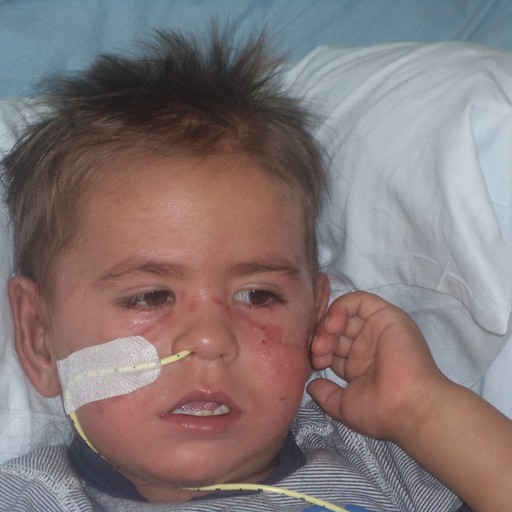 Manawa was born on 25th July 2011. He is the youngest of 5, 3 brothers and 1 sister. My husband Kepa and I (Tineke) became suspicious about Manawa’s health soon after he was born. He was different to our other children in the sense that something didn’t seem quite right with him. He always had a blocked and sometimes runny nose where he had trouble breathing, temperatures that would be over 38 degrees and little sores that would flare up all the time. He had his first hospital admission at 5 weeks old due to a chest infection and subsequent admissions from then on.

We went to the doctor often but no one seemed too concerned about our boy. It wasn’t until a lump appeared under Manawa’s chin that a different doctor to the one we had been seeing, referred him straight to a Paediatrician. It was from this point onwards that an effort was made to try and figure out what was going on with this kid. I remember Manawa’s Paediatrician at one point saying to me “sorry it’s taking a while to come up with some answers, but I promise you we are doing all we can and we will get to the bottom if this.” I appreciated this so much as it was a very scary and anxious time and I felt reassured.

While tests were being carried out Manawa developed two abscesses in both groins and it was decided at that stage to send him up to Starship Childrens Hospital to receive more specialised care.

While we were there which was in March 2013 results from blood tests done back in New Plymouth came through which showed that Manawa had a rare Immune Deficient Disease called Chronic Granulomatous Disease(CGD).

I remember feeling a sense of relief initially because it meant that we weren’t just being paranoid parents and that our gut instincts counted for a whole lot.

So we had a diagnosis but what did this mean for Manawa and where to from here? Manawa’s condition meant that he would have a lifelong susceptibility to infection and possible death. Wow, something we didn’t want him to have to live with for the rest of his life. Bone marrow Transplant was talked about very soon after diagnosis as an option to us for a cure of CGD which sounded great, but at the same time it was a procedure with much risk.

As Kepa and I processed all the information and mulled things over, we decided to go ahead with transplant. All 4 of our other children were tested for a potential match as a Bone Marrow donor and when our daughter came up as a perfect match it solidified our decision to proceed.

Just before Manawa was to have his transplant he got a fungal infection through his HICMAN Line which saw him spend a month in Starship trying to deal with it. In the end a decision was made to go to transplant even though there was some uncertainty as to whether all the fungi had been removed.

On December 3 2013 Manawa began the journey through Bone Marrow Transplant with his first round of chemo. We had read what could happen and what to expect but you never really know until you are doing it. There are a lot of emotions that come with making life changing decisions for your child but for us we exercised our faith, put our trust in God completely and took one day at a time. We were in this now and there was no turning back even if we wanted to, I couldn’t help but think of the brighter future our son would have in a year or so down the track. Fear of the unknown or just fear in general can paralyse you or hinder you from progressing forward in life but we felt that no matter what happened on this journey, our faith would carry us through. As a family we have been brought closer together, strengthened and are far better off because of the journey. I know my children will weather the storms that come their way as they continue to grow up and go their separate ways. There are some things you cannot teach your children but rather are learnt by experiencing some testing times. I remember my 18yr old son saying on the phone to me one day, “mum, when are you guys coming home, its dumb with no one at home and I miss you.” I replied by saying, “I know it’s tough son but we need to continue to be strong for each other and soon it will be over and we will be back together as a family.” He had to dig deep within himself to keep going and get through, likewise for us all.

Our journey through transplant went relatively well and after 6months of being in Starship(not just for transplant stuff) Manawa was finally discharged home to Taranaki.

IFDNZ have been an incredible support for our family in such a practical and tangible way. We are very grateful for all that they do and feel very blessed that here in NZ we have great organisations such as this to help make our journey a little less bumpy.

With love and God’s blessing

Post transplant - Manawa continues to have regular visits to Starship for clinics and overnight stays. His health is fragile  but he is well on the road to recovery . We wish Manawa all the best for 2014.