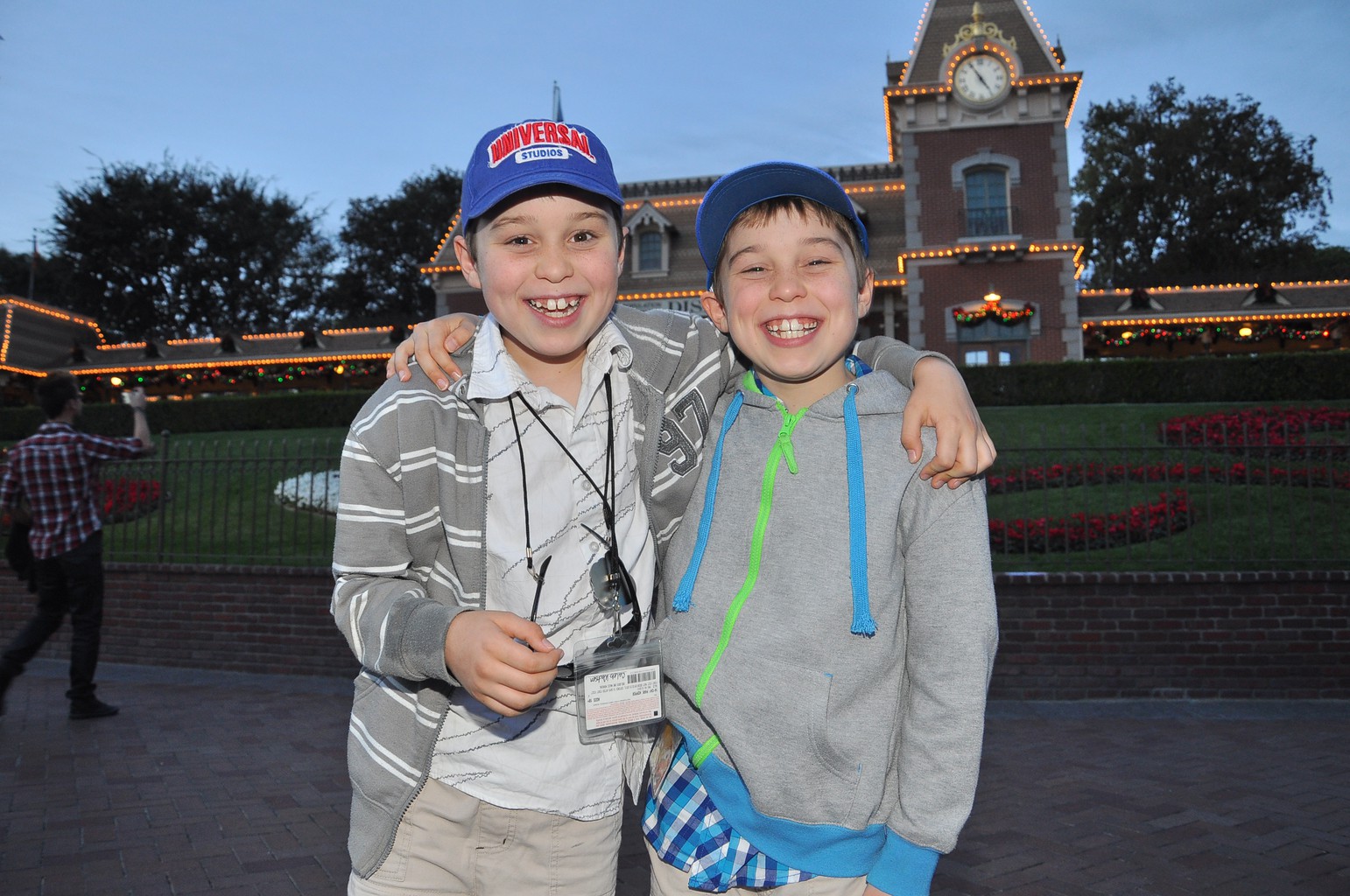 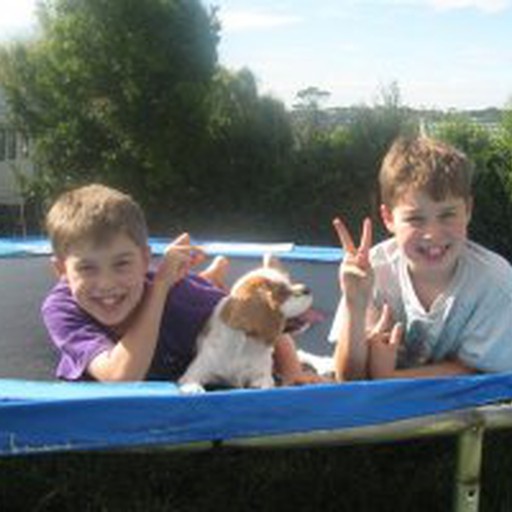 Auckland member Rochelle Watson is mother to delightful twin boys Logan and Caleb, she shares here how she finally came to discover her sons PID diagnosis.

In October 2010 our son Logan became weak, unable to interact with others and his breathing became weak and shallow. He dropped weight, significantly and had no energy. He was not himself. After a few weeks on antibiotics and multiple trips to the doctor, and being turned away after spending a few hours in the ER because Logan showed no signs worsening we were becoming desperate. Not just for Logan to be better but for someone to just listen to us.

Coming into the start of November I was anxious and uneasy, as I saw his symptoms were worse and affecting him a lot more his breathing just was not right he had become a skeleton, and we felt so alone. We went back to Starship to try and get some help, I was afraid that I'd be turned away yet again. It was a young registrar who finally took the time to listen on November the 9th and investigate further.

That same day, Liz Edwards came to talk to us (she deals with special diseases) she "did not like the look" of Logan's chest x-ray. North shore had said that it was Pneumonia; however this x ray showed his lungs were covered

in freckles! Liz started talking TB among other things. I wasn't so worried at this point at least we were getting somewhere.

Within a few hours of this "diagnosis" Logan started going down- hill, he had always been the bigger twin of my two boys and now he was under weight, pale and had no sparkle.

On the third day we waited and hoped for an answer. Caleb (Logan's twin) missed a lot of school and did not want to leave his brothers side. Finally an Immunologist, Shannon Brothers and Liz sat my husband and I down and shared with us words that have broken my world in two.

Logan had Aspergillus throughout his lungs, (Fungal Pneumonia) his lungs were being invaded my microscopic fungi and his body was fighting to the point of draining Logan. We were told that Logan seemed to have the signs of an immune disorder called Chronic Granulomatous Disorder, a k a, CGD. This immune disorder means that Logan does not have a vital key cell that attacks the fungi. They explained the situation as the Boy in the bubble, but not quite as bad? So all they could do is take a sample of his lungs, try to grow it, and start Logan on meds that they felt might kill this fungi.

We were also told with the greatest of care that Logan was a very sick boy, and that they would do all that they could, but we needed to prepare for the worst. They told us that we may not be returning home with both of our beautiful boys! At this point I lost it. My husband went to throw up. I kept asking why no else took me seriously before and maybe they had made a mistake!? But they hadn't.

Logan's blood test came back positive for CGD and we were overwhelmed with all the information we had to read, but we had answers.

From birth both boys would become ill for no reason, and had many courses of antibiotics, their first lot was when they were just three weeks old! After that it seemed like they were always at the doctors or in starship I had put it down to not enough veggies, or vitamins but both boys were always in and out of hospital throughout their young lives.

After a week of being in hospital with Logan, It was suggested that Caleb be tested for CGD, it was a 50/50 chance of him having the same condition. But it turned out to be 100% positive for CGD (another melt down!)

Reading through the booklets on CGD made us stop and think ….OH! The signs

were always there just no one knew what to look for the constant, recurring infections, high temps, funny rashers on their bodies that didn't look right! Breathing issues, croup like, stunted growth. It was all there.

Logan's stay at Starship turned from days into weeks. Nurses had never heard of CGD and googled it, so they were aware of what they had on the ward! Our normal life became a distant memory, as a family I'd say we are tight, and we learnt to adapt to hospital life. One night I'd stay on, the following my husband would take his shift it was a huge upheaval with our other son Caleb in tow. We said we would always be there for Logan and we were.

As weeks passed Logan started to become himself, and we were allowed to go home for a visit. This felt like heaven, and for that weekend it was. We returned back to Starship for another week so Logan could continue his meds orally. This felt like a step forward, no more IV lines and drips. We thought we could be on top of this and we were once again back living as a family under the one roof……… Sadly, this didn't last.

Christmas Eve came and we had our first appointment with immunology. We discovered that Logan had a severe allergic reaction to his meds and we had to stop them right then and there and start a new medication via IV.

On Christmas day we were booked back into the hospital once again for an IV line to be placed into Logan's arm, this felt like a huge step backwards. His new treatment (amberzone) would need to be administrated every day at the same time for two hours (start to finish) for a few weeks up to a couple of months.

As the New Year approached things started to become easier to manage, every day we would get up at 5 am travel 45 minutes to the hospital, Logan would have his meds at 6 am and we would head home 8- 8-30. We live in Whangaparaoa so it was nice to get it out of the way I wanted Logan to enjoy his himself as well as the rest of the school holidays.

I remember that year being quite warm so sometimes we would ask the nurses to take out the IV line prior to going home, so Logan could swim and try to have a normal break from everything. Otherwise Logan was bandaged up, but he soon learnt how to be active with his IV in tow.

Our lives slowly started to get back on track. We learned that the boys could not do a lot of things they once did, no longer enjoying family campfires without wearing a mask, no standing on bark in bare feet, no playing on bark because of the mould spores. Walking through New Zealand's beautiful bush was right out. There have been so many changes to my boy's world it has become so small.

On the 9th of February 2011 four months after our first visits to Starship E.R, Logan had finished his last IV meds (his kidneys started to show signs of deterioration) due to the drugs, but at long last it was over…well hospital was, we would still continue with oral medications. Our holidays came to a sharp close (what holidays) and school was back in full swing. But school was another trial, the playground had bark everywhere so both boys were limited to where they could play this meant that there were even more restrictions on their lives. They would often sit just outside their classroom at lunch time watching the others play. School became another isolation zone. We found ourselves once again desperate for help. Our Boys were so miserable. We took a huge step and another massive sacrifice and decided to home school them, this has helped a great deal. I'm very thankful for the help that Te Kura has provided me with. My boys can enjoy school and be safe. I have been able to make their world just that little bit bigger. I'm now mum, friend, teacher, healthcare provider and supporter. But if feels good.

I do find myself crying behind closed doors. I'm so thankful that I have both my boys with me, the huge support of a loving father and husband and friend, he too has gone through the same motions on this life- long rollercoaster. I saw this cut him deep in that first week with Logan. He too was broken, no longer our rock! Seeing your own child sick and you can't do anything does something to you. (Feeling cold and empty, I now know what its like to feel nothing!)

Logan's had to struggle through this transaction of CGD he became very distant and enclosed he would often talk about killing himself and be done with his life (he was nine at the time). This of course hurts. We talk about things, and I tell him that there is someone else out there far off worse than he is. We share lots of tear's laughter, and hugs.

Logan and Caleb are on daily antibiotics, anti-fungals and have blood tests every 8 to 12 weeks. We have had other problems. Both boys have developed a rash around their mouths, undergone surgery to remove skin tags due to gut issues and both have had extra hospital stays and medication increases and decreases. Early this year (2013) Logan and Caleb under-went another procedure, this time doctors found ulcers on the inside of the bowels in both boys. They have developed inflammatory bowel disease, this means yet another hurdle for us. We are now talking about Bone marrow transplants, this would give my boys a cure, but it comes at such a great risk.

I have been trying to reduce their suffering by changing our diet. Adding in extra vitamins, and reduced the intake of sugars, preservatives and introduced a gluten free diet. All of this done in the hope to slow down the inflammation.

I don't know if this is going to solve the problem, but it can't hurt.

Even though, this year, we have had a few more lows than normal we still get out and enjoy life. We make the most of our situation. We have tried to give the boys a semi-balanced normal life.

Through all of life's challengers I am thankful to have the support of a wonderful family who has been there for us, as well as our extended family at Starship, IDFNZ, and Te Kura.