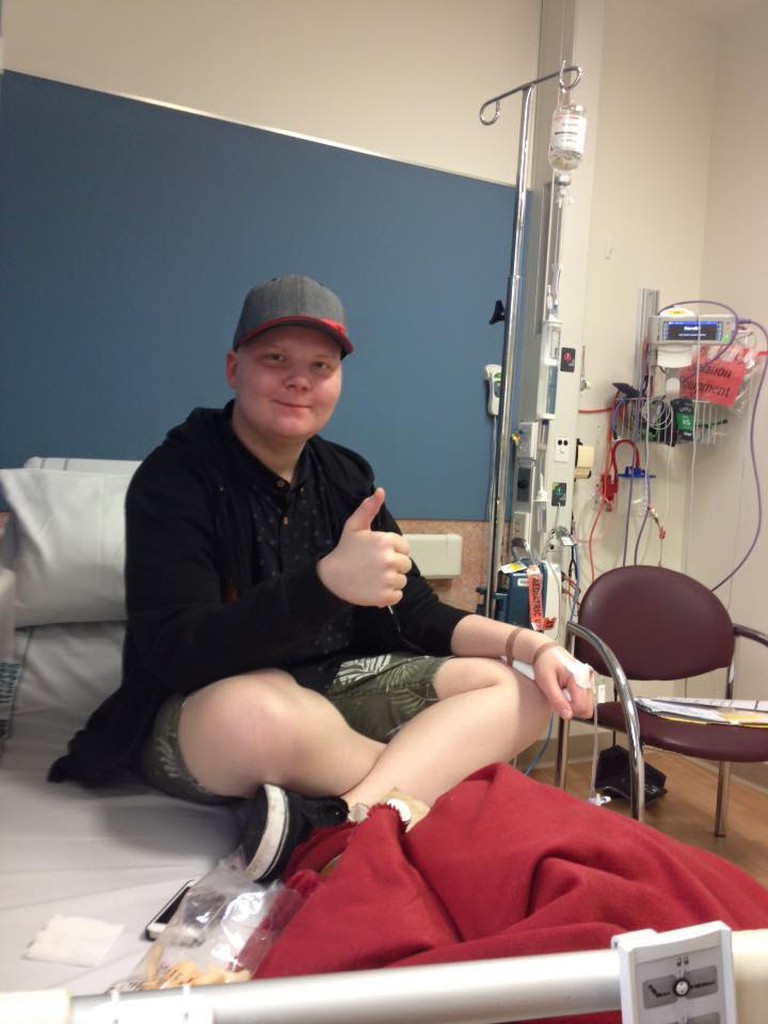 Unusual infections and bleeding problems were early warning signs leading to Liam being diagnosed with a rare Primary Immune Deficiency.

At fourteen years old Liam Watts has had to deal with pain and sickness that most of us never even have to imagine. He was diagnosed with Thrombocytopenia when he was only a year old. Doctors investigated and managed the symptoms for many years. The bleeding problems however became worse over time. Liam had to contend with frequent nosebleeds lasting 10 hours as well as painful rashes and the discomfort of eczema breakouts. In 2014 Liam was given a diagnosis of Wiskott-Aldrich Syndrome (WAS).

Wiskott-Aldrich syndrome (WAS) is a rare and unique primary immunodeficiency disease that effects only about 1 in 1 million males. In addition to being susceptible to many different infections, patients have problems with abnormal bleeding due to unusually small, dysfunctional platelets (blood cells that play an important role in the formation of blood clots). For patients with WAS, this leads to unique health challenges such as increased susceptibility to bacterial, fungal and viral infections and the increased possibility of cancer. They need platelet infusions to help manage these health issues.

The only cure was a Bone Marrow Transplant – which Liam and his family prepared for in August 2014.The treatment is brutal with the patient having to undergo Chemo to destroy their own marrow before the donor bone marrow is inserted into their blood stream through a Hickman line in the chest. Liam had to leave school and spend the majority of a year in and out of hospital. He also faced complications that included GVHD (Graft-versus-host disease) where the immune cells of the transplant see the patient’s body as ‘foreign’ and so attack the body’s cells causing anything from hot itchy rashes on the skin to attacking the body’s organs. Liam spent the rest of 2015 in and out of the bone marrow transplant unit at Starship supported by his amazing parents, Nick and Amy who took time out of work to care for him and be with him every step of the way.

Liam was discharged form Starship just in time for Christmas; he has come a long way but is still dealing with complications and ongoing health issues. Visits to hospital are still too frequent and Liam is struggling to recover his health. Liam has had amazing courage in the face of acute pain, nausea, and complications due to bad reactions to medication as well as the donor marrow fighting against his own body. This young man has a wonderful strength of character and, despite everything he has gone through, has kept his zest for life and his ability to smile no matter what. At fourteen years old, this teen has been through something others twice his age couldn’t even imagine.