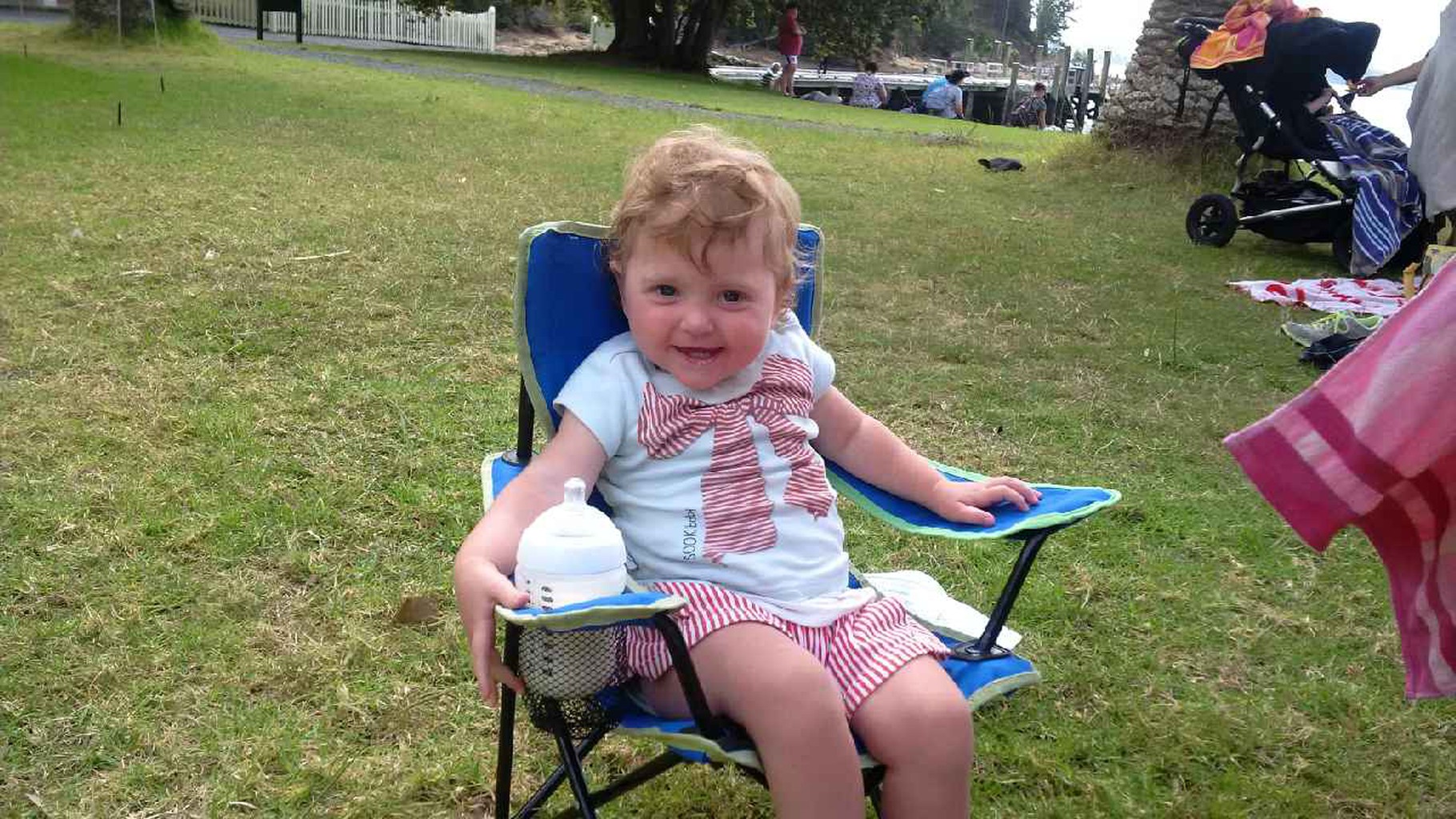 Early warning signs of unusual long lasting infections that failed to respond to treatment  alerted Kirsten’s parents that all was not well with their baby girl.

Parents Sarah and Rob reflect on the family’s traumatic journey that led to Kirsten being diagnosed with SCID.

On 6th June 2014 our second daughter, Kirsten Victoria Foster, was welcomed into the world.  She was a big, healthy looking baby that continually gained weight and was very happy.  I was a little surprised when she started getting her hormonal spots at only two weeks old.  A week later, instead of the spots clearing, they had totally covered her face, were spreading down her torso, and getting worse.  It was just awful, she looked terrible and they were like a hot, angry, rash.  We took her to the doctor and they sent us to hospital to get her checked out.  This happened twice and both times we got sent home, told it was just the average hormonal rash and it would clear.  It didn’t clear and finally we went to another doctor who took one look at her and put her onto antibiotics.  This mainly cleared it up but then she seemed to get what looked like eczema.  I had to change my washing powder and be careful with what we cleaned her with, and keep creaming her etc.

Then at 5 months she got her first cold.  The symptoms were same as any child but it just seemed to hang on.  Then she started vomiting up her feeds and becoming lethargic.  I took her to the doctor and they seemed somewhat concerned by her and said she had a chest infection.  They gave us antibiotics for her, which she couldn’t keep down.  The next morning, I picked her up and she just wasn’t right.  Her stomach was heaving in and out, she had a head nod going on and was floppy and seemed exhausted.  I rang the health line and they called the ambulance.  Her oxygen levels were in the 80’s and she was working very hard to breath. That was the first of many, many, days and nights in hospital.  There we got told she had bronchitis and she was on oxygen and had to be suctioned out a lot.

Between 5 months and 7 months, we lived a terrifying life with her.  Back and forward to hospital, her respiratory condition never got back to normal it was like she was taking two steps backward and one forward.  Slowly deteriorating.  Many, many tests, blood tests, x-rays, scans, were done, and nothing came clear.  Finally, we were sent home with an outpatient nurse either coming each day or calling us.  It was so scary.  We were apparently put on the list to see the Starship specialists, but we felt we didn’t have much time left and that if we waited, we might lose her before it was known what was wrong.  In the meantime, I had to have help each morning at home (as this seemed to be when she was the worse) as I couldn’t mind Kirsten and my other daughter.  Each morning she would go floppy, her respiratory rate would be up to 90 breaths per minute, she would vomit. I couldn’t stand it any longer and so we drove to my parents in Auckland and called the ambulance from their house, so we would get in with Starship.

This was the best move we ever did, and helped save her life.  She was admitted immediately and within two weeks they had diagnosed her condition as SCID.  We were told that someone with this condition wouldn’t survive past two years of age without treatment.  From there we got transferred to the transplant ward 27B, where we lived for the next 6 months.  Kirsten had a bone marrow/cord blood, transplant 6 weeks after diagnosis. She continued to have a virus affecting her lungs causing severe respiratory distress, which she couldn’t clear until she had her new immune system. Although the transplant went well, the ride was a rocky one because of the state of her lungs.  Having a virus on board for such a long time, had caused lung disease, which landed Kirsten down in ICU on a few different occasions.  The care at Starship was absolutely amazing and we felt safe and confident with the specialists handling her, even though it was a mighty rare condition.  Many prayers later, in September, Kirsten was finally discharged, and has continued to make steady progress ever since. She is two in June and is a beautiful, happy, thriving little girl.  We would like to extend a huge thanks to Nyree, Nicola, and the transplant team, the immune team, IDFNZ, and the nurses in wards 26 and 27, for their incredible care over the whole time.