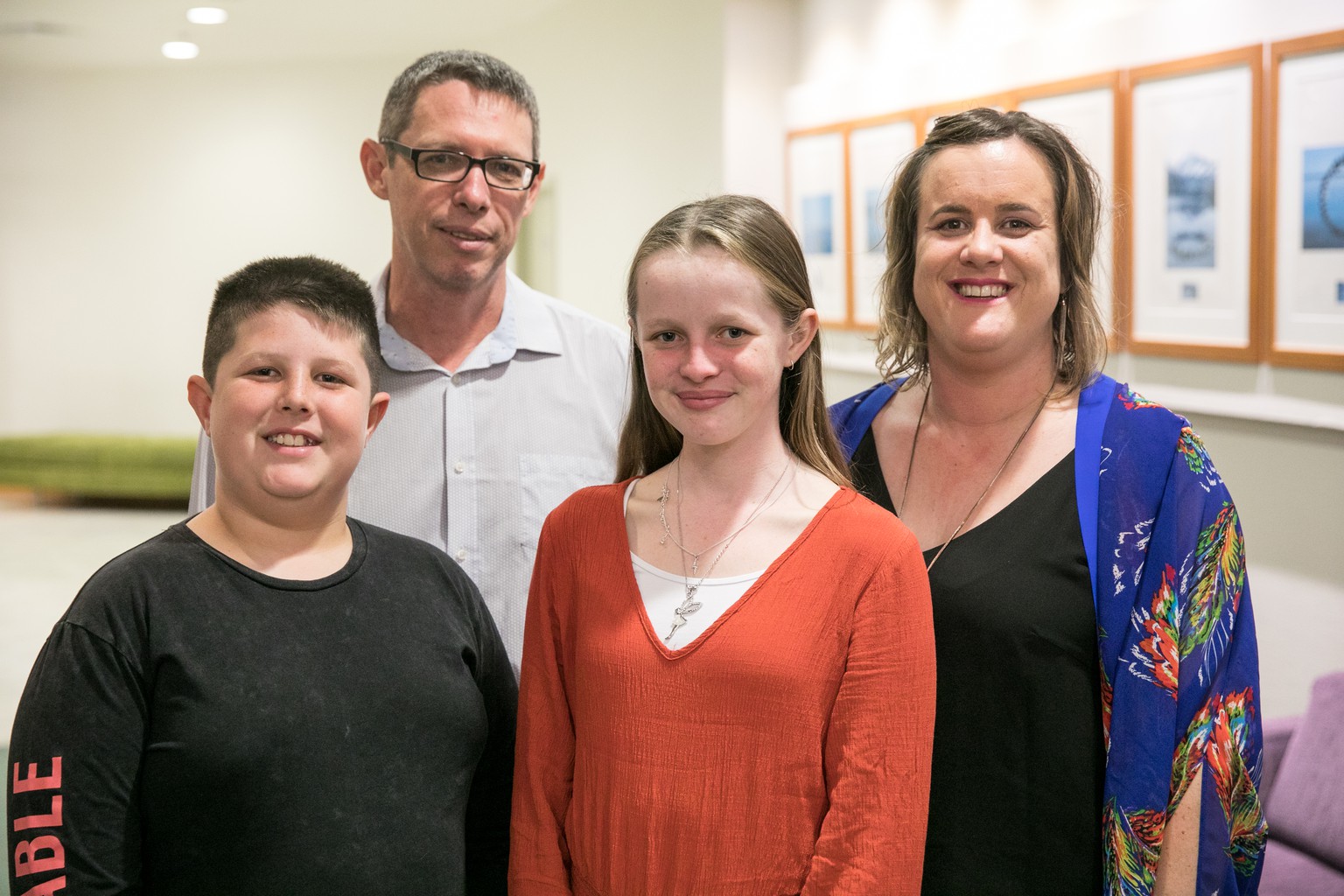 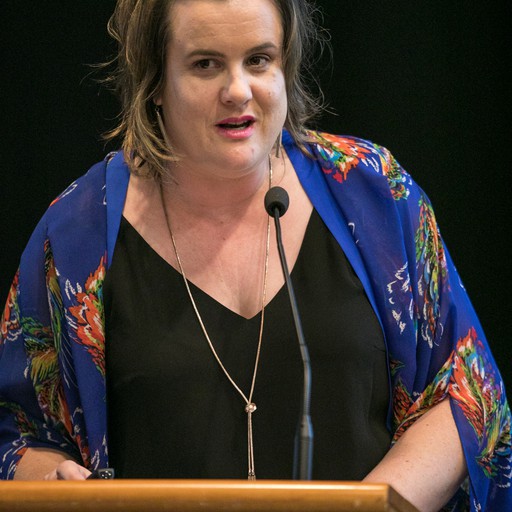 Keira’s Story as told by her mum, Caroline Saunders - Conference 2019

Keira is now 14 years old, she was born with Biliary Atresia, a liver condition where the bile ducts are narrowed or absent, because of this the bile cannot drain from the liver and it irreversibly damages it.

During my pregnancy it was discovered that Keira’s stomach was located on the opposite side to ‘normal’ called situs inversus. Due to this, and confirmation after her birth that she had a malrotated bowel, the corrective surgery for Biliary Atresia called Kasai was done when Keira was only 8 days old. From suspected diagnosis to surgery was less than 24 hrs – there was no time for pre-testing to confirm diagnosis or meet any of the Paediatric Gastro team – it all happened so quickly.

Keira made steady but slow progress post-surgery, recovering first on ward 24B then 26B. She was 4 weeks old when she came home for the first time. We were comforted as home was familiar, but fearful of what the future held. Her first year was a steep learning curve for myself and Anton, her dad – medical terms we had never heard of, procedures we had never experienced but supported her through, heel and finger prick blood tests, feeding challenges with special formula involving NG (nasogastric) tubes followed by a mickey button and numerous medications. Nothing could prepare us for the focus on weight gain and getting enough calories – everyday revolved around scheduled feedings - it was overwhelming but we were told growth was important and with time we came to appreciate that it was.

Keira remained well during her childhood, achieving all milestones along the way. She was only hospitalised a few times; once for suspected cholangitis, for croup, and the placement of her mickey button. Her younger brother Noah arrived in 2007 and was a lovely addition to our family. Keira adored him (and still does although she might not admit it). He was an easy baby, a relief after the challenges we faced with Keira,

We are lucky to have had the support of family and friends as well as being able to rely on each other – Anton and I are a great team; Anton has always been a hands-on dad, sharing all medical requirements and providing emotional support for Keira and myself.

Particularly whilst Keira was a baby and toddler, we had a lot of contact with KIDS Foundation and IDFNZ, including coffee groups with other families with young babies and children dealing with medical challenges. The annual Christmas parties were always a highlight and great chance to connect with other parents who understood what life is like with a medically challenged child - to share in their struggles and in their successes.

In our experience as your child grows, starts school, perhaps spends less time at clinic and in hospital as they became medically more stable – part of you as a parent just longs for a ‘normal’ life and embraces all that this offers and doesn’t need support in the same way.

I think IDFNZ recognise this, show you that they are still there if you need them, with regular newsletters, tickets to shows and reminders that the IDFNZ holiday homes are there to be enjoyed. We have thoroughly loved all of our family holidays at Red Beach particularly, although we have also been to Maungawhai Heads – Red Beach is so handy to Auckland for a long weekend if you cannot get away for longer.

I also would like to acknowledge how IDFNZ and the Starship medical team have worked together to take care of Keira and support us as a family – thank you for this it is invaluable and I am sure I speak for all IDFNZ patients and families when I say that.

Midway through 2015 the medical team brought up the topic of transplant for Keira. This was a surprise, as it had been put to the back of our minds as Keira was leading a relatively normal life; transplant had always been a possibility in her future and the future was now. Pre transplant we, including Keira, had never put any limitations on what she could achieve, and she was fortunate that her medical condition did not impact negatively on how she lived her life. We have always believed that Keira’s early diagnosis due to her abnormal anatomy was one of the reasons her Kasai was successful for so long. It was crucial in keeping her so well and getting her to an age and size to enable transplantation to be so successful.

Keira was listed for transplant in September of 2015 and for some time we lived expecting a call at any stage. However, by the time the call came on 8th April 2016, this had eased and I wasn’t expecting Meredith to call saying they had a liver for Keira.

Keira’s liver transplant started at 8am on 9th April 2016 and after 8.5 hours, Adam (Keira’s surgeon) called to say that transplant surgery went really well, he said her new liver fitted into place perfectly - it was made for her. We went to PICU at 5.30pm she had not long arrived out of surgery but it was such a relief to see her – I am sure some of you have been in this situation so can relate – even with the tubes and medical devices all you can see is your child and the sense of relief and your love for them is overwhelming. Almost immediately after transplant Keira surprised us with her strength and determination; less than 24 hours after surgery she was sitting in an air chair in PICU eating a yoghurt!

Keira moved within the first 48 hours to 26B where she continued her recovery. We saw huge process during her recovery and the medical teams were very positive about the success of the transplant. But Keira couldn’t see how far she had come – it was very hard for her not to focus on the negatives. It broke my heart on day 4 post-transplant when she told me “that she could not see herself being well again”. Keira was very independent and struggled with her physical limitations post-surgery.

Anton and I had discussed how hard the transplant process would be on Keira, not just physically, because we were confident she was strong and relatively well, but mostly emotionally. How do you help a 10-year-old child process what it is to have a transplant, facing their own mortality during a complicated surgery and challenges that come during recovery when us as adults would struggle? I think there are lots of benefits to having transplant at an older age so we are grateful for that – stronger body to get through surgery and recovery, larger vessels etc. to work with, and being able to explain what is happening and they can tell us when there is pain and where. But emotionally for Keira it was much harder than I think we had anticipated.  The Starship medical team were about to offer some assistance to us and Keira – finding ways to reassure Keira that she was doing so well and her new liver was working perfectly.

Keira was told she could go home on Day 10 – a lot earlier than we had anticipated; we were a little apprehensive but excited. Keira spent the next few weeks at home recovering and getting stronger – attending regular clinics, staying away from bugs and having what seemed like an endless number of blood tests.

Highlights in Keira’s recovery were receiving lots of get-well cards after surgery, particularly the lovely gift box that IDFNZ delivered, full of activities to help entertain Keira in the weeks that followed at home recovering. IDFNZ also provided parking and meal vouchers and these were greatly appreciated. Once home, friends regularly visited her and she was able to celebrate her 11th Birthday approximately six weeks after transplant – with a quick visit to school to see her class and have a few ‘well’ friends over for cake.

At week 9 Helen her specialist took us by surprise and told her that she could go back to school the following week. We had expected her to be off school for three months at least – her transplant had been very successful; no signs of rejection and she was recovered enough to go to school. After 10 weeks at home she was back at school and activities such as dance and has never looked back, attending full time from that day. Prior to transplant Keira participated fully in all that school life offered, succeeding academically and playing multiple sports; soccer, t-ball, netball and particularly Jump Jam with annual competitions. She was actually doing Jump Jam when I picked her up from school just after we received the call that there was a liver for her. The Jump Jam competition was also one of the highlights in her first year post-transplant – 7 months after transplant. About 4 months after returning to school and practises Keira competed with her team, and they finished first in the regional competitions. It was quite incredible how quickly she recovered and an emotional time for me watching her up on stage doing what she loved. Prior to transplant she was quite fit from dancing and post-transplant it definitely helped strengthen her core muscles and build her back up physically. We are often amazed with the physical changes since transplant – her hair is thicker and she has grown much taller since transplant – almost the same height as myself now and filled out (something she doesn’t like me to say) and she became more muscular.

Her emotional recovery took much longer than her physical recovery, something Keira has worked hard to overcome with Anton and myself supporting her. Keira struggled to stay away from home, something she would do easily prior to transplant and suffered from anxiety when separated from Anton or myself particularly for overnight stays. In facing her own mortality, it had heightened the reality that bad things can happen, and by keeping us close she could make sure nothing happened to herself, Anton or myself. Her anxiety has not disappeared but she has developed some coping strategies and now does not let this anxiety stop her from doing the things she wants to.

We have just celebrated 3 years post Keira’s liver transplant – we reflected on how well she is doing; medically, physically and emotionally, and the donor family is not far from our thoughts. We are so thankful for the choice the donor family made to honour their loved one’s wishes and gift their organs during such a difficult time for them. It has given Keira the chance to thrive and lead a normal and healthy life. Thanks does not seem enough but I hope they would find great comfort in the knowledge that it has made a huge difference to her life.

We would like to thank our family and friends for their love and support, IDFNZ for connecting families and providing support, and the incredible Starship Medical team, gastro doctors, nurse specialists and surgeons. We appreciate their expertise in managing Keira’s medical needs and thank the entire team for the investment they have made in all areas of her life – we will be forever grateful.