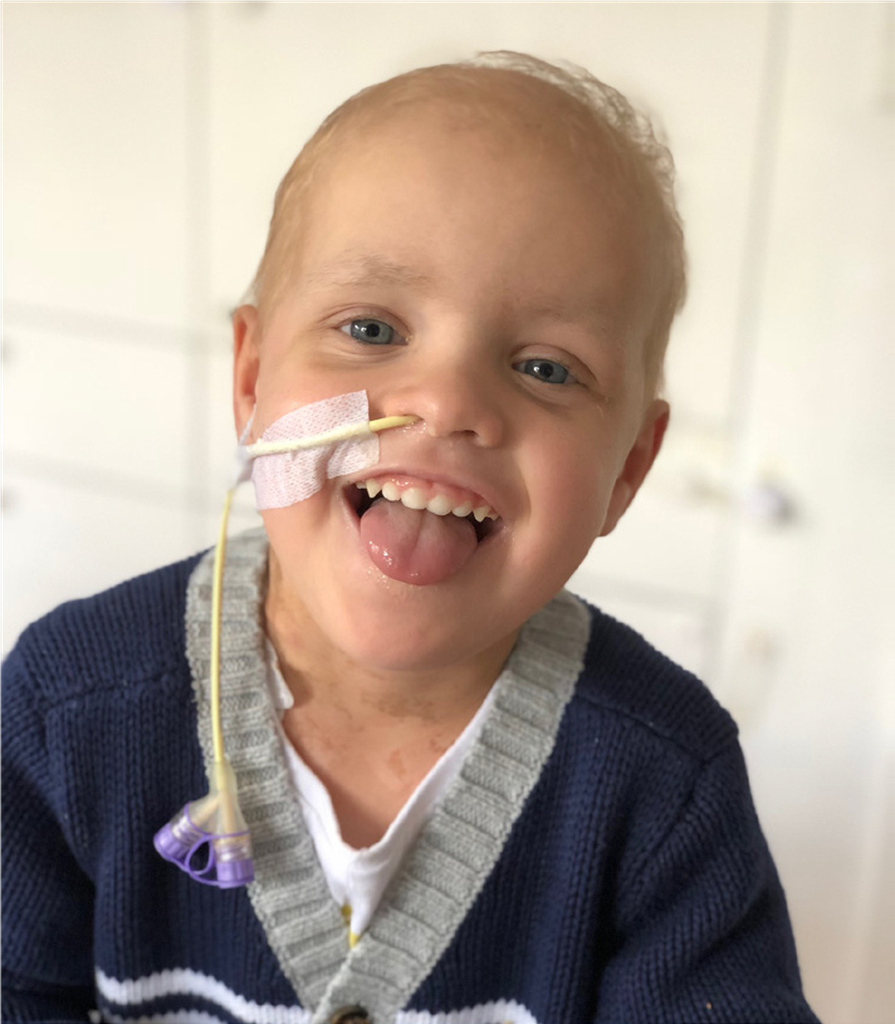 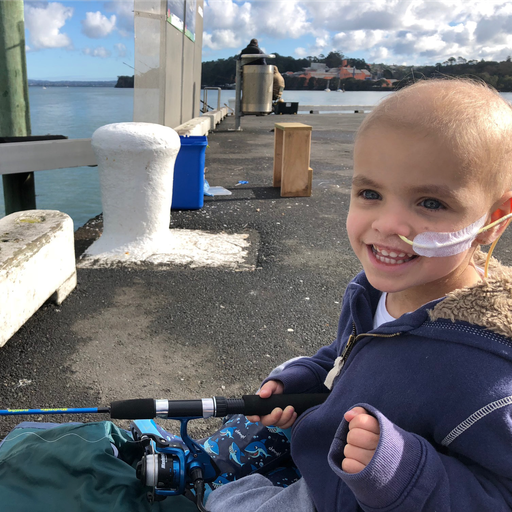 Our son, James, was 2 years old when we first heard of DOCK8 Immunodeficiency Syndrome (also called Autosomal Recessive Hyper IgE Sydrome).  My husband, Andrew, and I were trying to find out more about a genetic deletion that had been discovered in James’ sister, and came across an article describing DOCK8.  While it sounded nothing like Harriet, it almost perfectly described the symptoms James had been having since birth.

At the time, James was waiting to see someone in Immunology at Starship Hospital.  Though most of James’ symptoms seemed like normal childhood illnesses our doctor was concerned about the severity and frequency of his infections.  He had eczema, a peanut allergy, recurrent ear infections, MRSA and other staph infections, and a severe case of Herpes Simplex Virus (the cold sore virus) that put him in hospital for a week and didn’t clear up without ongoing antivirals.

Our GP agreed that James’ symptoms lined up with DOCK8.  It was very surreal.  We had just thought that James was going to grow out of all these things, but now we were reading about a syndrome that would most likely kill him before he hit the age of 20. James’ blood was sent to America for DNA testing, and after a 6 week wait it confirmed the’ diagnosis. DOCK8 is extremely rare, and as far as we know there have been no other New Zealanders diagnosed with it.

After consultation with other immunologists and transplant experts overseas it was decided to proceed with a bone marrow transplant.  This is the only known treatment for DOCK8, and while the exact long-term results aren’t clear it is considered to be curative.

It was around this time that we joined IDFNZ.  We took Harriet, James, and his twin sister, Maisie, along to the Christmas party, and it was such an incredible day.  The party was amazing (Ponies! Face painting! Ride-on cars!) but even more amazing was to be around all these other families going through something similar.  Until that point we had felt so isolated with such a rare diagnosis, but to realise that there was a community of other people dealing with similar things really changed our outlook.

We were over the moon to find out that Harriet was a bone marrow match for James. A date was set for hospital admission just after James’ third birthday.  James went through a week of conditioning chemotherapy to kill his bone marrow in order to “make space” for Harriet’s.  At the end of the week, Harriet had a general anaesthetic for her bone marrow harvest.  It went really well, and Harriet bounced back after the surgery, going home the same day.

James had the transplant the same day it was harvested - in fact, Harriet sat with James for part of the afternoon while he was getting the transfusion!  James spent a total of 28 days in hospital, and although it was absolutely the hardest thing we’ve ever gone through as a family, we were also so aware of how lucky we were.  We had been expecting to be there for a minimum of six weeks, but James had no major issues and his blood counts were high enough for him to be treated as an outpatient.

Being home has been amazing but hasn’t always been easy.  Initially, we were going in to hospital for check-ups twice a week.  Now that James is three months post-transplant he only goes in once a fortnight, with a visit at home from the community nurse every other week.  James has been re-admitted a few times, but never for more than one night, and usually just as a precaution when he’s had a fever.  He’s had pneumonia for the last month and he probably won’t shake that until he comes off some of the medication he’s currently having to take.

But overall, he is doing so well.  His sisters missed him so much while he was in hospital, and it’s just awesome to be all together again. James is happy and energetic, and you would never know he had been through such a major thing.  It’s a long recovery process, and we have to be really careful about taking him out in public still, but we are so optimistic for the future and we can’t wait to see all the things we know he’ll achieve in his life.