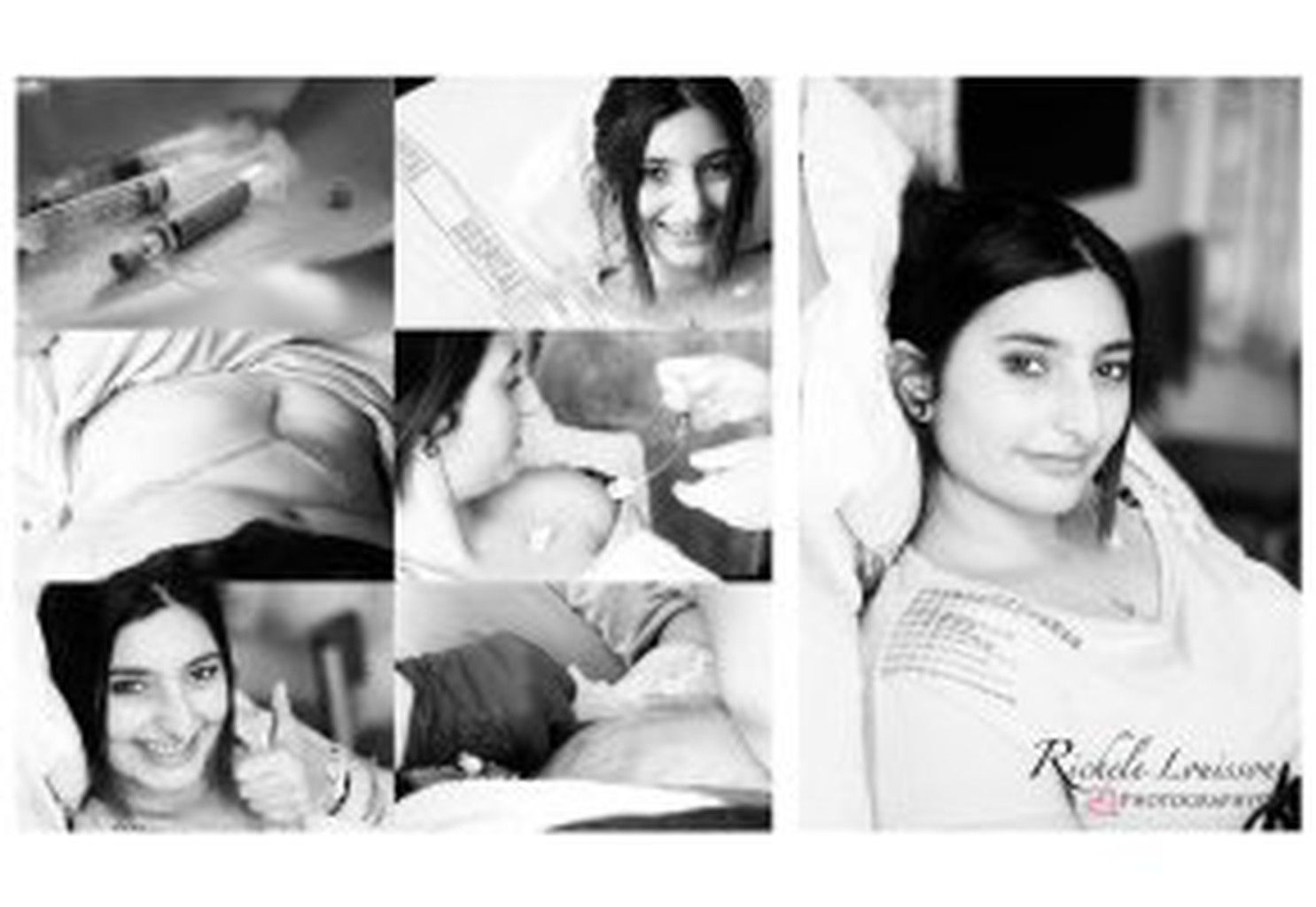 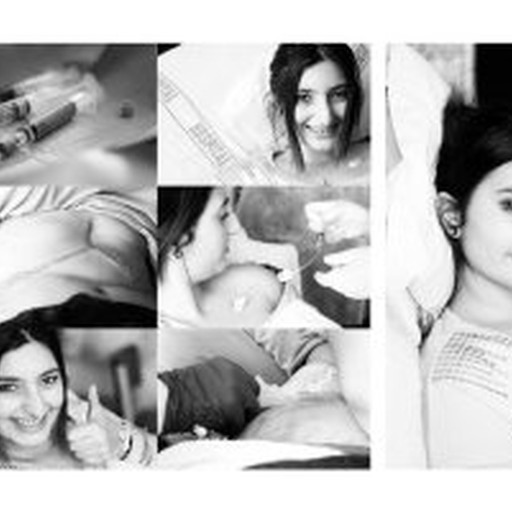 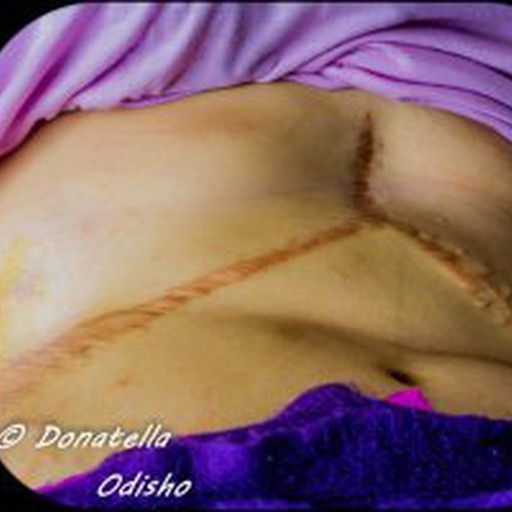 Donatella is one of our brave teenage patient members who has been through liver transplant and is still dealing with daily medical challenges. Although she has spent most of the last year in hospital Donatella remains positive and is keen to share her story to help others. In her own words...

"I was just another normal teenager that was going to school, living my life, and playing sports like there was no tomorrow. Then one strange day at school I had a little panic attack, I couldn't breathe properly, I was rushed to the nurses office and got told I need to go get a immediate check up at my family doctor. We then went to the doctors, and what the doctor had thought what was wrong with me was just a normal 'panic attack' or maybe a start to a 'flue' or 'virus' he told me to just to take panadol every four hours. The next day I woke up feeling funny, but I still went to school and tried getting on like my normal daily routine, I was getting all these funny cramps, pain, and just wanted to lye down and sleep. I got sent home early because I couldn't think straight, I felt weak and had a fever. I got home and couldn't even change from my uniform I lay down on the couch from 1pm till 3am when I got up and starting throwing up and having loose stools.

Early morning around 7am I was having a shower, and I suddenly fainted. I shouted out to mum, mum came in and gave me the most strangest look because I was looking so Jaundice, mum then rushed me to the doctors again. My family doctor just looked at my eyes, and said immediately get to the hospital before something happens. We all just thought this would be a normal admission where I will just get checked up and go home, but sadly we all had thought wrong and my journey had just started. Middle more, Kidz First had took some bloods, and it showed my liver numbers weren't looking to good, my bilirubin was flying high. They didn't really know what was going on, so I needed more bloods, scans, and tests to find out why I was in so much pain, why i was so pale, and why I kept vomiting. An ambulance then took me to Starship Hospital, Auckland Kids Emergency department. It was late, and the last thing I remember was I was in a room with about two doctors, and bout four nurses trying to get a I.V line in to treat me with antibiotics so we can find out what's happening. All I remember was screaming, and trying to hold the doctors hand so he doesn't inject me, they couldn't get it in, my veins were so difficult so they somehow made me drowsy and they finally inserted a I.V line on my neck. It took the doctors, nurses, and liver team a full on night, and half day to figure out what was wrong with me, I was diagnosed with Wilson Disease, acute liver failure. I need a liver with in 72 hours, if not then there was a easy chance I wouldn't of made it. Then my community all came up to the hospital to do tests to donate, people from overseas were all waiting in a Queue to also test up for me. Luckily the last 32 hours we found a donor, a lovely family friend was a perfect match for me.

We had thought those three days were a struggle, but the real struggle all started on the 28th of Feb 2011, it was my parents first time ever seeing me go into theatre and how unlucky are we, it was one of the biggest operations you can ever have, my life was on the edge I had got told. My parents said good by to me around 10am, and then the each minute felt like an hour for them, I don't know how they kept so strong for me. Around 10pm I was finally out of theatre my parents were so happy, they prayed and had faith that I would be alright. We thought after that everything will be over, and I will just need to recover, but no, it kept going, I had problems from the inside, it needed more plumbing so I was rushed back into theatre I to be honest didn't know what was going on? After a week or two, I woke up asking my parents what has been happening? I was frightened, I was scared, each time I vomited I had this feeling like I'm going backwards and my liver isn't working again. I was in intensive care for about three weeks after transplant, I can't explain how I felt because I was so drowsy I was too sick to even remember From then I had on going problems, I was in and out of theatre so many times that I have lost count. I've had rejection episodes, I've had fluid in the chest then I ended up in intensive care for another two to four weeks. I have had three biliary reconstructions because my bile ducts keep narrowing down and when that happens I get really sick. Our only hope was that the biliary reconstruction will help me get better, but it didn't. So we decided a new liver was needed.

Wilson disease is a genetic disorder that prevents the body from getting rid of extra copper. A small amount of copper obtained from food is needed to stay healthy, but too much copper is poisonous. In Wilson disease, copper builds up in the liver, brain, eyes, and other organs. Over time, high copper levels can cause life-threatening organ damage. I now biliary problems also known as Biliary atresia. Biliary atresia is a blockage in the tubes (ducts) that carry a liquid called bile from the liver to the gallbladder. It occurs when the bile ducts inside or outside the liver do not develop normally. It is not known why the biliary system fails to develop normally. The bile ducts help remove waste from the liver and carry salts that help the small intestine break down (digest) fat. Having this problem can also scar the liver and then you will eventually need a liver transplant, so because I have this problem I am now waiting for re-transplant. I have PTC tube that helps drain the bile in the mean time till we find a liver, it has to get changed every 6 weeks, but I haven't waited for that long sadly my tube gets blocked before that like every second week I'm in hospital with heaps of pain because it's not draining well.

This journey has been very hard on me, my family and my beautiful friends. I may not be 'normal' now, but when I am fully healthy I can not wait to tell everyone about my story, i can't wait to inspire people to put a 'Y' on their license because I am proof that organ donation saves lives!!! Life is so precious, I never knew that until I had this very unexpected wake up call. My message to everyone reading this is to make the most like, grab it with both hands and live it to the fullest, because you do not know what will happen in a minute, or even a second. I hate to see people taking advantage of life when there are so many precious people fighting every single day of their life to make it one more day! I would like to thank everyone for helping me through my journey.. "

Good news for Donatella - she received her second liver transplant last week and is now recovering . We are all hoping she will recover quickly and no longer have the severe chronic pain she has been living with for so long.