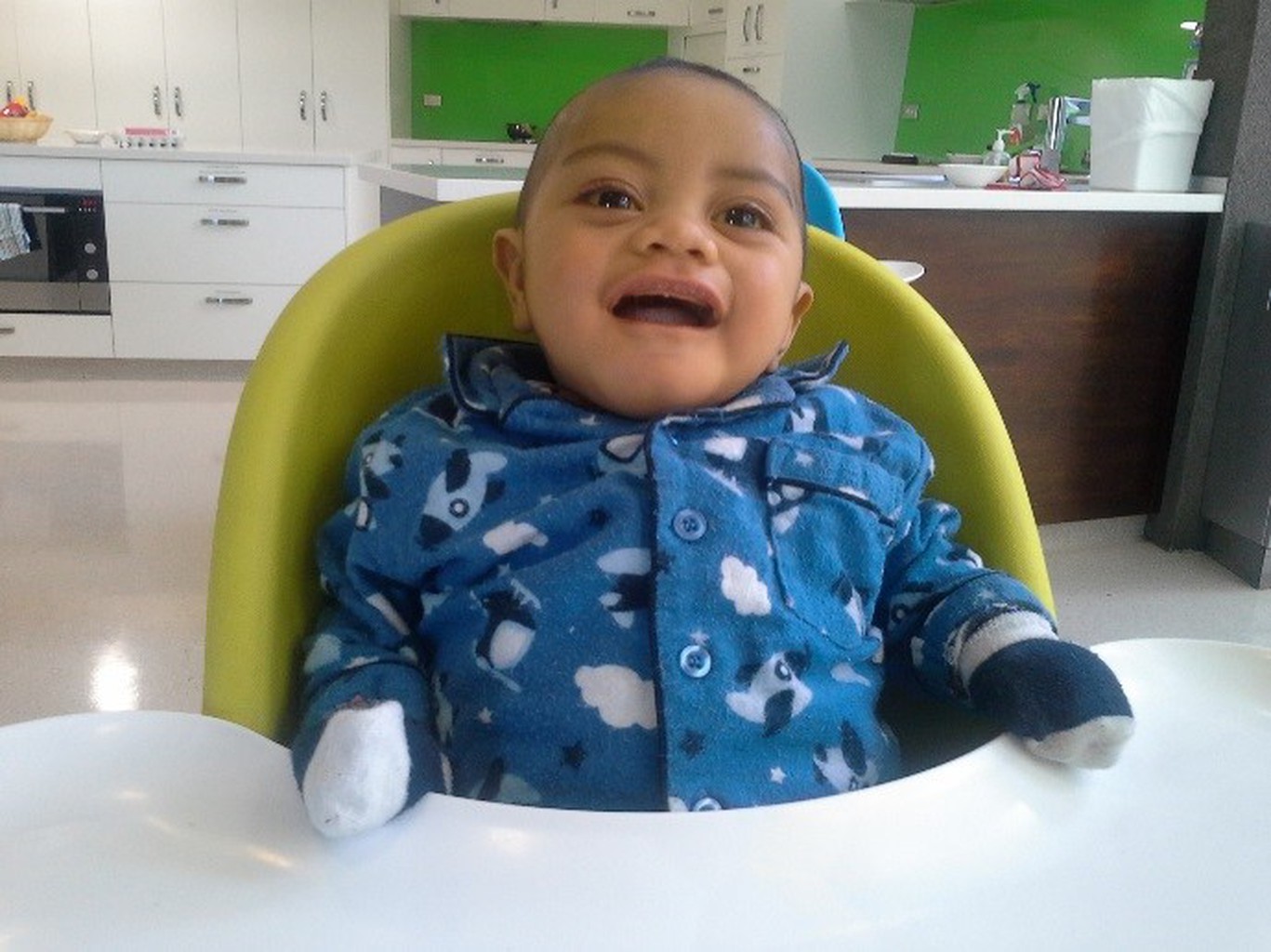 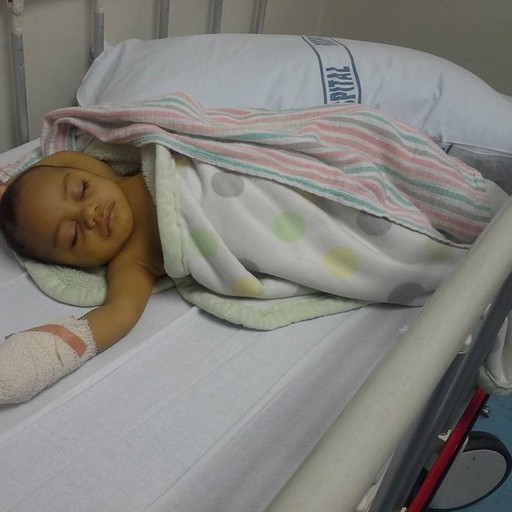 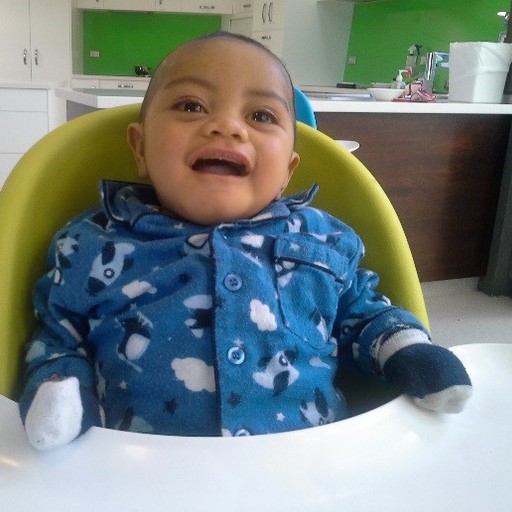 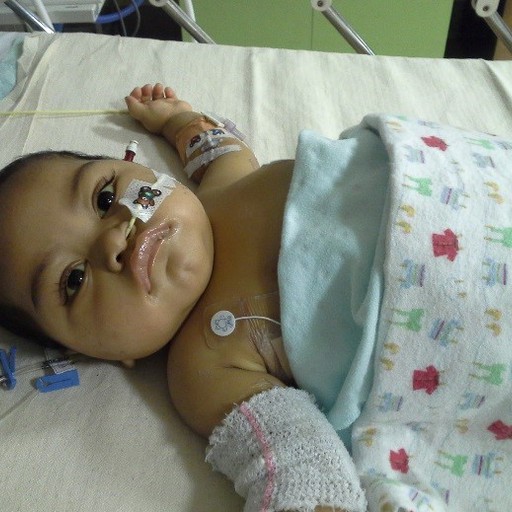 By the age of nine months, many children haven’t experienced too much hardship in their lives. They haven’t been seriously sick, endured hours of surgery, or lived with numerous medications pumped into their tiny bodies to keep them alive and fight off infection.

Unfortunately, this isn’t the case for Dominic Joseph-Kura. He has suffered fevers, pain, biopsies, blood tests, vomiting blood, a liver transplant and has even stopped breathing and has had to be revived. He was the first child in the Cook Islands to ever be diagnosed with Biliary Atresia. Even though he has been through so much in such a short time he still manages to smile. His family want his story to be told to raise awareness and help others know what warning signs to watch for.

Dominic was born a seemingly healthy little boy in May 2016, the first child of a young father and mother and the first grandson in the family. For the first month or so everything seemed to be normal and he was growing and gaining weight. However, his grandmother and family became worried when his jaundice wasn’t clearing up, and instead was gradually getting worse and spreading. They waited a few weeks but when the jaundice spread to the whites of his eyes, they knew something was wrong. Dominic was taken to the doctors and spent two to three months in and out of hospital undergoing many tests.

Dominic’s stomach began to swell as his condition worsened. He wasn’t sleeping through the night because of fevers and his grandmother could only try and sooth him and lower his temperature by feeding him coconut juice and keeping him as cool as possible. As he deteriorated he was only able to drink coconut juice and milk as any solids he ate would be vomited back up or passed whole. This meant that his body wasn’t processing the food correctly and was another sign that he was extremely unwell.

By October his family pushed for x-rays and other tests to be done to see if anything was wrong in his digestive system. The results showed that Dominic was in serious danger. Two days later, after getting emergency passports, Dominic was on the way to New Zealand with his grandma and Nurse Kelly.

Once in New Zealand they were taken to Starship where little Dominic was once more put through a series of test to determine exactly what was wrong with him. His grandmother was told that his spleen and liver were swollen and that he suffered from Hyperbilirubinemia (extreme jaundice). The jaundice and pale poo (another of his symptoms) were both warning signs that Dominic’s liver wasn’t functioning as it should. Little Dominic, at only five months old, was diagnosed with Biliary Atresia. This meant that the duct which flushes the bile out of the liver and into the gallbladder wasn’t working. The bile was building up in Dominic’s liver and scarring it irreversibly. The only cure for Dominic was a liver transplant.

Dominic’s mum was flown to New Zealand to give consent for him to be put on the liver transplant list. He was put onto nine different medications and underwent many different tests to make sure his body was ready for a transplant. His heart, lungs, and bloods were checked every day and it was recommended that he gain at least ten kilograms to maximise his chances of surviving the transplant. Dominic’s family needed to keep him healthy and as relaxed as possible during this time.

New Year’s Day came around quickly and Dominic’s family was cleared to take their little boy to visit extended family in Auckland. Everything was going well until early Monday morning when he went downhill quickly. He started vomiting up blood and was rushed back to hospital and given a blood transfusion. For three weeks he was in PICU, before being discharged to return to the transplant ward in Starship his body swollen from the sickness and his medication. He was discharged from PICU and on the ward for a week before he was taken back down to PICU to clear fluid from his lungs. Unfortunately, on the way down, Dominic stopped breathing and had to be revived by medical personnel. The rest of his family travelled to New Zealand after this happened to pray with and support his grandma and mum.

Dominic needed a transplant right away and was moved up the list. His father volunteered to be tested to see if he was a match, however, the day he was to begin testing a suitable organ was found. Dominic had the transplant that same day undergoing an eight-hour surgery. His family learnt that Dominic’s defective liver was so swollen it was hard to remove. He spent three weeks in recovery in PICU and had to have a second operation because of a blood and food leak in his oesophagus. After that he had to be fed through a tube.

Dominic loves nursery rhymes on the tablet, the Wiggles and Cookie his Cookie Time bear. He now moves and claps to music and is starting to rebuild his muscles enough to wave. The next step for Dominic is to come off all the tubes which are feeding him and monitoring him, and then once that is done he will need to learn to eat again, as well as doing physical therapy to help build up his wasted muscles. After receiving a donation of clothes his family was able to give his outgrown clothes to Ronald McDonald House to help other families in need. They would like to thank the staff at Starship for everything they have done for Dominic, Ronald McDonald House for accommodation since day one, as well as KIDS Foundation for all their support with food vouchers and even a phone top-up which enabled them to call home to speak to family during times of crisis.

Little Dominic is such a special boy and a true fighter, and his family want this article written to highlight the warning signs of sickness in new babies. They explain that if they hadn’t pushed for testing and information about Dominic’s results and condition, he could very well not be alive today. Prolonged jaundice and pale poo or dark urine are major red-flags that indicate a child is not well, and should not be ignored. If your baby, or the child of someone you know is exhibiting these symptoms, go to your local paediatric service as soon as possible.

Tangi, Dominic’ grandmother, is determined that when she returns home to the Cook Islands she will take Beware Yellow posters and pamphlets to pass onto medical professionals and families to promote the Early Warning Signs of Biliary Atresia and Paediatric Liver Disease.

“Never give up hope, all you can do is hope.” – Tangi Ruvea, Dominic’s Grandma