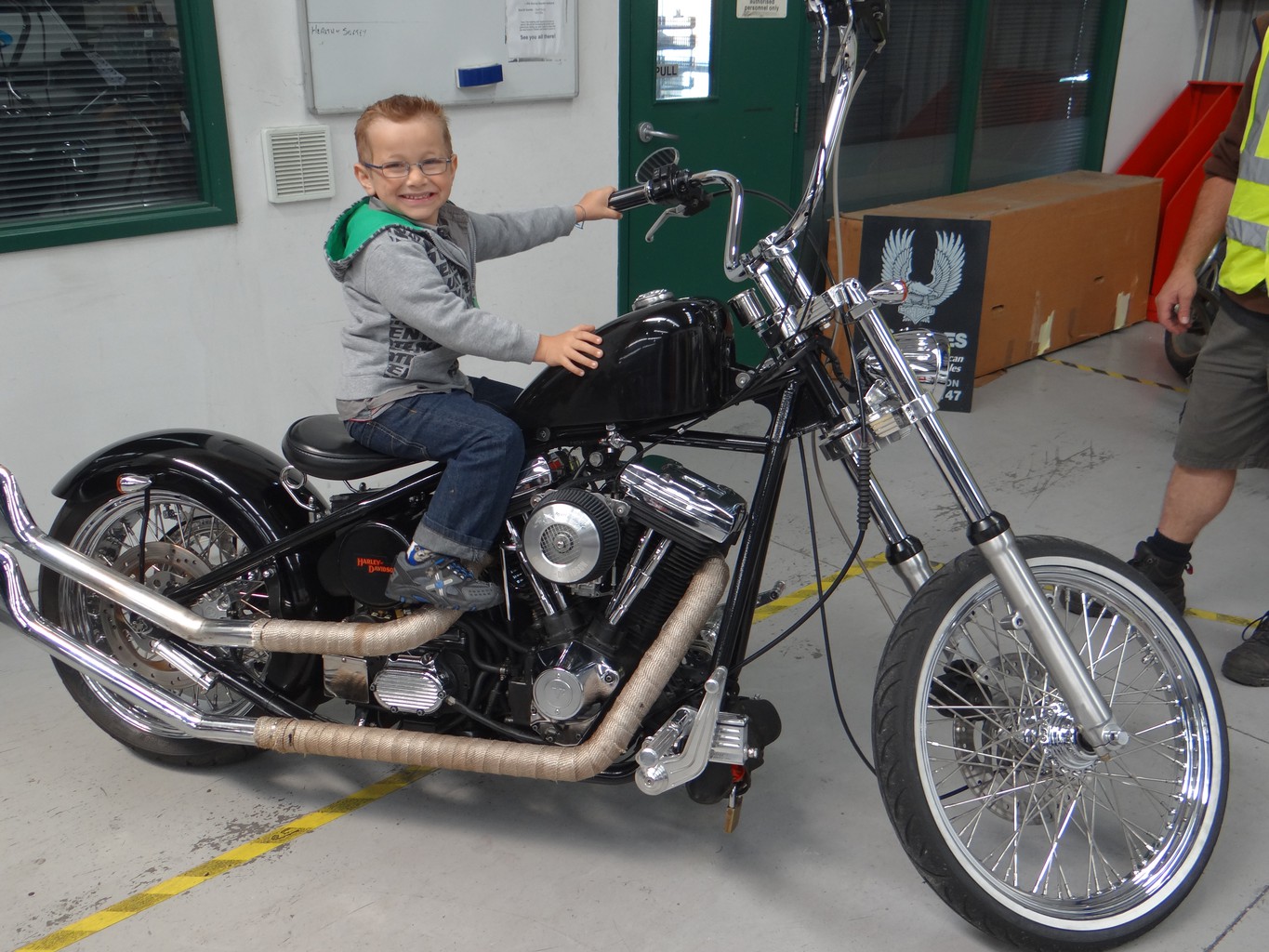 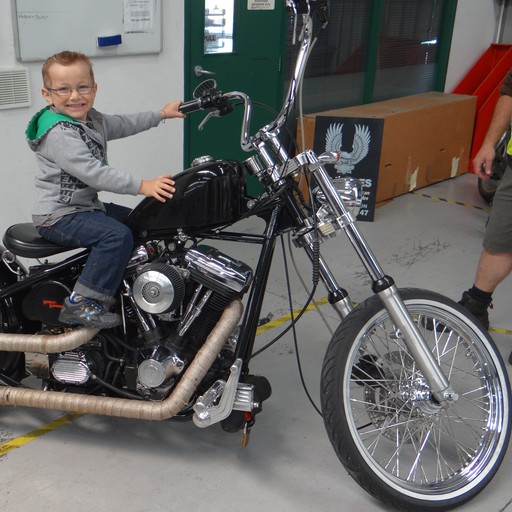 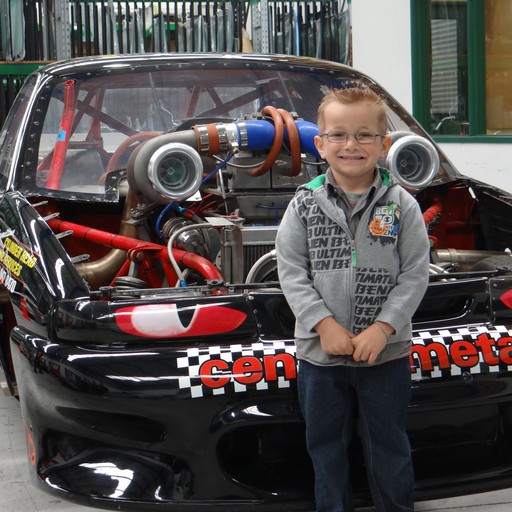 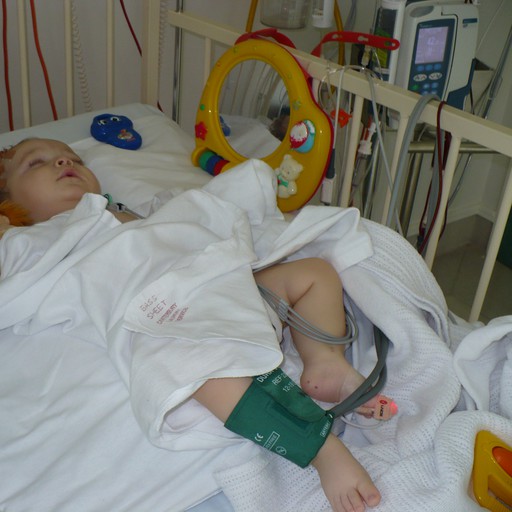 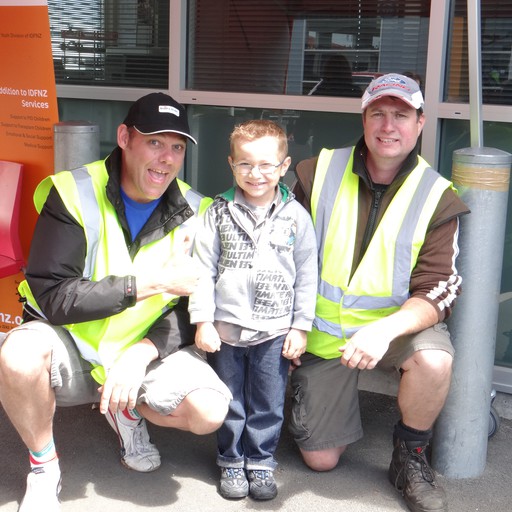 Rachel Judd shares her experience of son Brendan being diagnosed with a Primary Immune Disorder.

30th Nov 2007, it was going to be our first holiday together as a new family, my husband Lewis and our 8 month old son Brendan and I were travelling to Christchurch to surprise Lewis's dad for his 60th birthday. Some of Lewis's family had never met Brendan as we lived in the North Island and they lived in the South, so we were both really excited to be surprising them.

Waiting at Auckland airport for the flight was painful, it was boring and Brendan was unsettled, he was crying, and wouldn't eat, Lewis wasn't too impressed as we had to take separate flights to Christchurch and he was taking Brendan. I waved them goodbye and waited for my flight. Lewis texted me an hour later and said Brendan was good and he had slept the whole way.

When I arrived in Christchurch, the family collected me, Lewis had already arrived and the surprise was over. "Brendan's still asleep" Lewis said. That was weird for Brendan I thought. When we got back to the motel I realised something was very wrong; he was so hot to touch and he wasn't drinking and very irritable, he had a temp so we took him to the local A & E, he was seen by a doctor who said he just had a viral infection but because his temp was so high (39.2) he was placed in the observation area to check that it did come down with the Pamol and fluids.

This is where we met Jo, a nurse who would be looking after us, she immediately put us at ease, she was kind and she was really worried about Brendan. She never left us alone; we stayed in the obs area for 2 hours with Jo, Brendan's temp came down a little and the doctor said we were able to leave. We thanked Jo and went on our way.

At the 60th party Brendan was even more irritable and my husband and I took turns staying in the motel with Brendan, while the other went to the party, during the night Brendan got worse his body was shivering but he was so hot, I was sweating comforting him. Then at 4am Brendan starting vomiting blood, we rushed him back to the medical centre, where the doctor told us it was still just a nasty virus and the fever was making him vomit. "You will be okay to fly home today," the doctor told us. We went to leave the doctors when suddenly Brendan vomited all over Lewis and reception, the nurse from the previous afternoon Jo was just arriving, and saw us. "Oh no, you're back," she said. We told her we were flying home, Jo looked at us and said to the doctor, "Are they okay to fly?"

The doctor said yes, and she said, "Are you sure? I would like them to stay for a while." The doctor said they can fly home I've given them the okay. We were totally confused - the doctor is telling us to go and Jo a nurse is telling us to stay. "Please stay just for a little bit," she said. "It will make me feel better". So we stayed! Brendan's temp rose to 41.2 and Jo called another doctor to see us, this doctor ambulanced us to Christchurch Hospital, where Brendan had test after test.

After waiting 2 hours a doctor came in and told us Brendan has contracted a deadly bacterial meningitis, and might not survive. As we gathered the family and watched Brendan fight for his life, we couldn't help thinking what if we had got on that plane. A 2 day trip had now turned into 18 days in Christchurch. Brendan made a full recovery and we were transferred to Waikato Hospital for another few days then home for Brendan's first Christmas. Little did we know that this would be the first of many serious infections and trips to hospital for Brendan.

He has since had meningitis twice, septicaemia four times and pneumonia four times. We made trip after trip to Starship Hospital in Auckland and after numerous BMA's and hundreds of blood tests, doctors could not discover why he kept getting these deadly infections.

In 2009 the decision was made for Brendan to start receiving IVIG therapy as his immune system was not coping. This is when the KIDS Foundation became a major part of our family. It was an extremely unsettling time for us but they were there to help every step of the way.

Just knowing that there were other families that were going through similar therapy made life just that little bit easier. Not only have they provided ongoing support and information, but we have to been able to use the amazing holiday home in Red Beach, Brendan and Hayley have been able to attend Hilton Brown Swim School, we have a St John's ambulance membership and the kids just love the Christmas parties.

It's hard to give back to a Foundation that does so much for us but we do try to do a yearly fundraiser at Brendan's school (Hamilton West School) and Hayley's day-care (Jack & Jill Educare) which have both signed up for the All4Good campaign.

Brendan is now 6 and is still yet to have a clinical diagnosis. He has myeloid fibrosis which is causing his immune system problems but this is just a symptom of his underlying PID. He currently receives SCIG every 7 days.

Every year we often reflect on Brendan's first trip to hospital and to this day we still think if it hadn't been for the actions of Jo (the nurse in Christchurch), we would have got on that plane and Brendan wouldn't be alive today. Someone once told me everyone has a guardian angel and I truly believe we met Brendans - Jo was Brendan's guardian angel. We thank the KIDS Foundation for giving us the support of people who really understand, and for special treats that help Brendan to get through life with a chronic health condition.