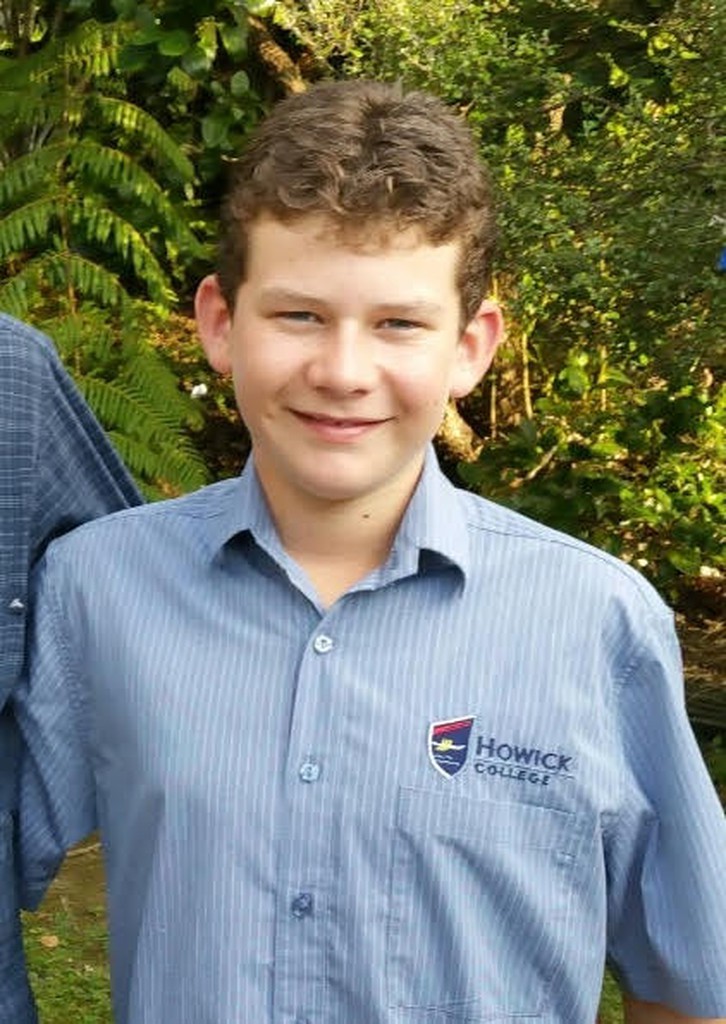 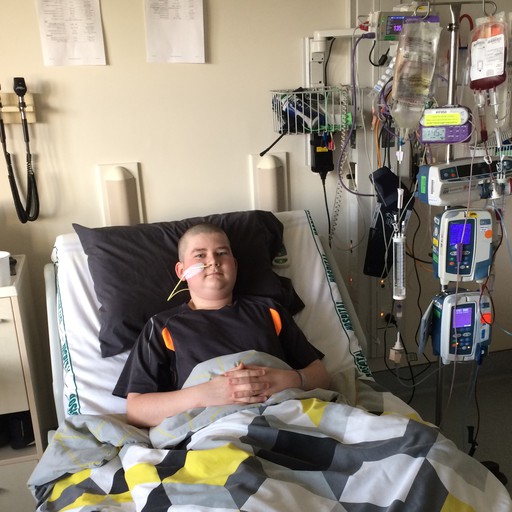 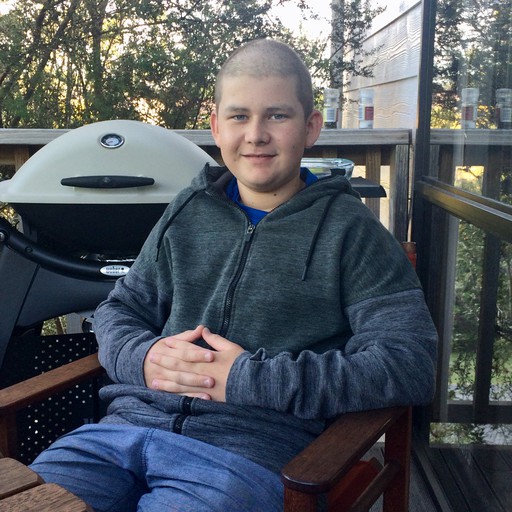 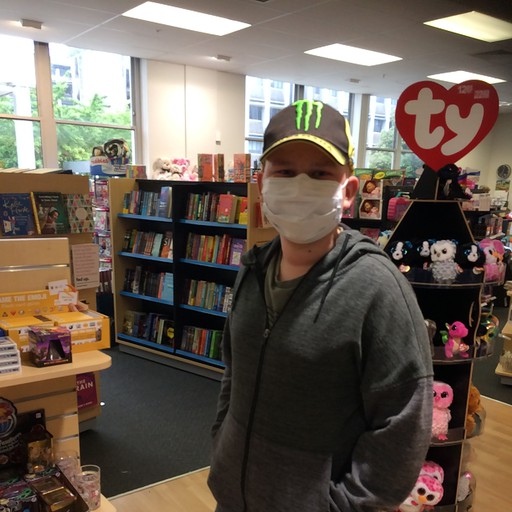 Here is Alexander’s story; pre-transplant told by his Mum and post-transplant by Alexander himself.

14 years pre-transplant - 2004. Alexander, our 3rd son was born and because we already had one son with Chronic Granulomatous Disease (CGD), we knew that Alexander had a 50% chance of having the same Immune Deficiency. After tests, we learned that he had indeed the same condition as Erik, his oldest brother. Erik, 11 at that stage, was doing ok with CGD, so despite the initial sadness that came with the diagnosis, we weren’t overly concerned. A big handful of preventative medication taken dutifully every morning and evening and Gamma Interferon injections 3 times a week kept Erik well and he was living a fairly normal and medically uneventful life. Alexander, who started on the same treatment plan minus the injections, also flew through his primary school years without any major medical problems, living a very active and sporty life.

3 years pre-transplant - 2016. Intermediate School and halfway through his Year 7 the first signs of inflammation in his gut appeared and no success with the medication that’s usually prescribed. Other medications were tried and tested, but to no avail. It was starting to affect him at school and often we would receive calls from the school to come and pick him up, because of cramps and sore stomach.

2 years pre-transplant - Still struggling with ongoing inflammation and an inflammation test showing Calprotectin levels of over 6000 (the normal being under 50). It was now full-blown CGD related Ulcerative Colitis. At home we were trying to adjust his diet and cut out anything that was likely to make the Colitis flare up, but with no success. The next level of medicine was introduced during this time and he started on Prednisone. This steroid had an immediate positive effect and all were relieved. However, after being weaned off the Prednisone for a few weeks, the inflammation would just come back.


9 months pre-transplant - 2018. Start of College and still struggling with inflammation. Again a few rounds of high dose Prednisone and weaning off with no success. He was now Prednisone dependent and even the high doses didn’t have an effect anymore. In the meantime, we were having more and more appointments at the Haematology Department at Starship and during one of these appointments we came to the conclusion that the only real option for Alexander would be a Bone Marrow Transplant. This procedure would cure his CGD and consequently eliminate the severe inflammation. In consultation with everyone involved, it was decided that Alexander would miss his last term of Year 9 and receive the BMT some time at the end of October. And so, the big BMT wheel was set in motion.

6 months pre-transplant - Tissue typing, finding the right donor, planning and preparing. The biggest concern in these months was getting the inflammation under control with the lowest possible dose of Prednisone. This was a catch 22 situation - as he couldn’t go into transplant with either too high a dose of Prednisone or too much inflammation.

1 month pre-transplant - Starting to feel desperate. The original admission and transplant day had been postponed due to the ongoing inflammation. Also, it was now time to sign the consent forms. With all the worst-case scenarios and BMT outcomes presented to us, it was very difficult to put our signatures down for consent, but we had no choice. A last-ditch effort in the form of Infliximab was approved and after 3 doses of this drug, Alexander was finally ready for admission on Sunday the 4th of November 2018.

1 day pre-official countdown - That Sunday evening we packed the bags and everything that Alexander had planned to take with to Starship. A box of boredom busters, puzzles, books and even a coffee pod machine were all standing ready to come with. Big plans, ideas and expectations of everything we were going to do and how we would get through the days and weeks in hospital. Little did we know that once in Starship BMT unit and the chemo and countdown having started at day ‘-8’, we would just slip into survival mode and wouldn’t do many of the things we had planned. To be with Alexander 24/7, Alan and I took turns staying with him in stretches of 2-3 days, depending on what worked best for our jobs. It was a surreal feeling: when you were at the hospital, home felt so far removed that it didn’t even seem real. And when at home, hospital life would feel like it didn’t really exist. But it did…

Alexander takes up the story:

Day minus 8 - The conditioning phase: It was the first of 7 days of chemotherapy and I didn’t know what to expect, as I never had any chemo before. When the nurse came with the purple chemo trolley, it looked dreadful. She was covered in purple protective gear and on the trolley was a huge purple container, which I thought contained the chemo I was going to get. I was very relieved when she threw her gloves in it and I realized that it was just the waste container. I had an allergic reaction to one of the chemo medicines and that was very scary. The rest of the week was hard emotionally, and I cried a few times when I thought of the 6 weeks ahead of me and how long it would actually be. It seemed like an eternity. But meeting all the nurses one by one as their shifts changed was really fun. My Dad and I tried to remember them all by having a specific association with each nurse. One was the coffee nurse, another was the marathon runner and one the house building nurse and so on. This way we learned their names faster.

Day Zero – 13 November 2018. This was the big and exciting day and we were very thankful when the bags of donor bone marrow arrived from Australia. Unfortunately I was asleep during most of the transfusion, which took a long time, but I was awake for a little while – long enough to take a few photos of the momentous occasion.


Day ‘+1’ post-transplant - The waiting started. Every morning the nurses would bring my blood results. First we were waiting for my white blood cell count to drop and then after that we were waiting for the mucositis to kick in. I was quite nervous about the whole mucositis thing, as I knew it could be bad, but just how bad, I didn’t know. I was starting to feel tired and was feel very tired and was sleeping a lot. The chemo had done its job and my white blood cell count was zero.

Day ‘+9’ post-transplant – Mucositis! It is as bad as they say. The memories are a bit blurred. Fortunately there was a morphine pump that helped for the pain and I tried to push the morphine release button as much as I could. For the rest – I just slept. That’s all I can remember. I wanted the room dark and quiet and I remember telling my Mum to keep quiet when she was humming. I felt really bad afterwards.

Day ‘+16’ post-transplant – Slowly starting to feel a bit better. We were now waiting for the white blood cell count to go up again. I remember I was trying to eat a bowl of Fruit Loop cereal one morning, when we heard for the first time that it was going up. We were very glad about the news as this was now the new donor blood cells that were growing. During these days I had a feeding tube, but I felt very nauseous, so after it had come out a few times, I asked if I could try to go without the feeding tube. The nurses said that I would probably need another tube, but they gave me a chance to prove them wrong and I was determined to try and make it without one. It was hard and I didn’t like the special drinks I had to drink, but I managed. My 2 brothers would sometimes come and visit and we would play X-box racing games together. Also every time it was my Dad’s turn to be with me, we would watch a TV series called Atlantis, which I really enjoyed.


Day ‘+20’ post-transplant - Monday the 3rd of December: the first time I was allowed outside the 4 walls of my room! We went outside the hospital and I had a toasted sandwich in Columbus. Things were still going well and my white blood cell count kept going up every day by a little bit. I developed a bit of trouble with my kidneys, but it still looked like I would definitely be home before Christmas.

Day ‘+28’ post-transplant - I’m allowed to go HOME! Even though we needed to come back every week to be seen at clinic, it was so nice to go home. Amazing how much stuff we had to cart back, much more than what we started with 5 weeks ago.

Day ‘+34’ post-transplant - 17 December. Today we received the best news ever. The doctor rang us with the results from my blood test: It’s official – I no longer have CGD!

Day ‘+78’ post-transplant - First day of Year 10 and back at school. Got permission from the doctors to start school in the first term and I was glad that I didn’t need to stay home. I’m not at school every day, because I’m still tired and nauseous, but I can go enough to do my work. The teachers are all very good in sending me the classwork.


I know I still have a long way to go, but I think things have gone well so far. During this time so many people prayed for me and my Mum and Dad and I could really feel that those prayers were being answered. I was also spoiled by so many people, like my Mum’s work colleagues, who I don’t even know, who gave me a bag full of amazing things and also the Kids Foundation who surprised me with a big box full of puzzles and cool things. It was very special how so many people cared so much and have been so kind to our family.